Endangered Species That We Need to Save Now 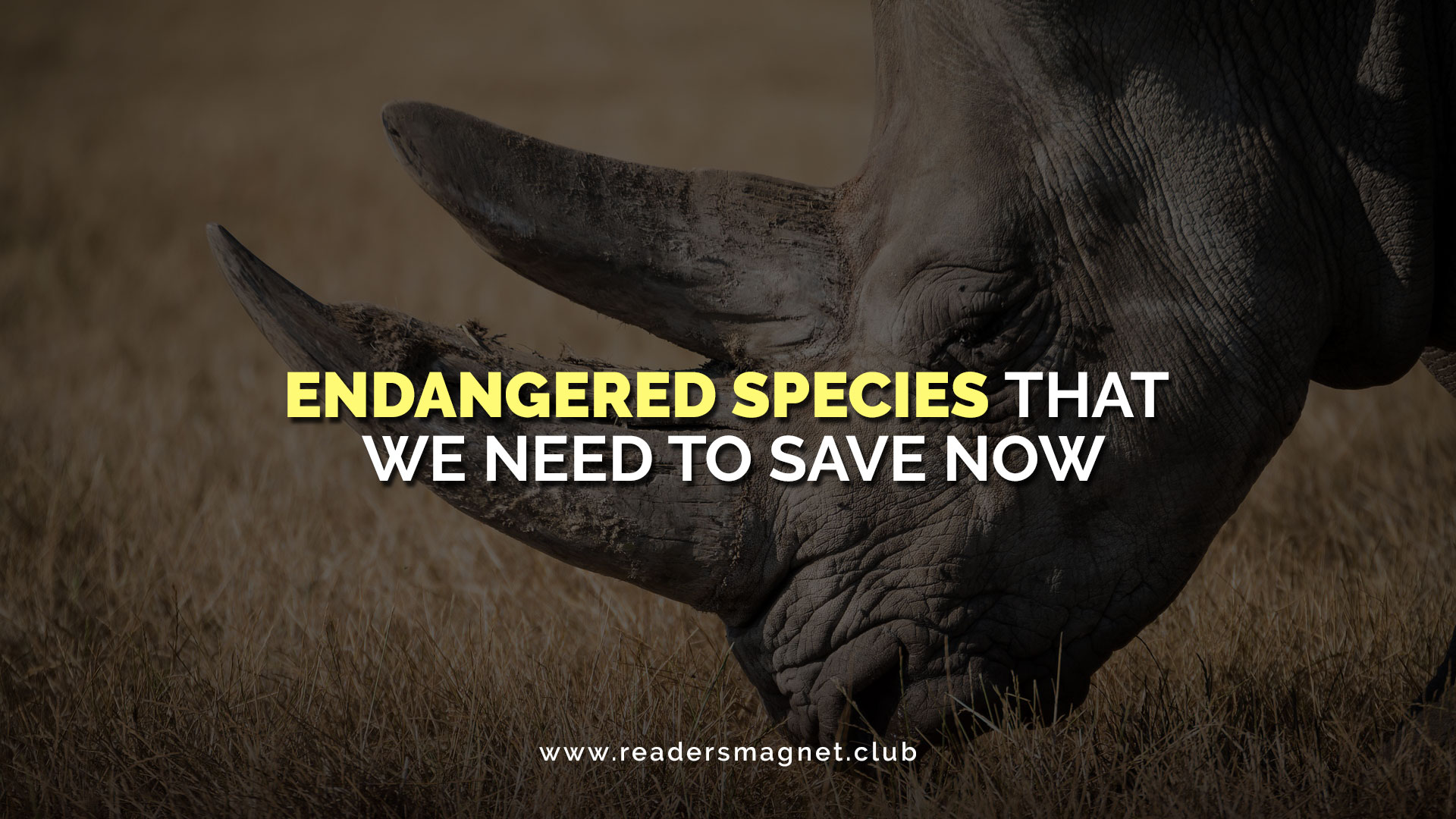 Nature photographer Nicki Geigert has photographed plenty of iconic animals as she travels around the world. The beauty of the natural world made Geigert fall in love with the different species living in it. She shared her amazing photographs on Family Trip to Magical Madagascar and Beyond, a book on rare and endangered species, as her means to spread the word of protecting mother nature.

Africa is one of Geigert’s favorite continents to travel to because of its rich natural wonders and is blessed with a stunning variety of wildlife. Many loved to travel the continent to view the wonders offered by Africa; however, they are one of the most endangered animals all because of illegal poachers and increasing demands of land, food, and water. The operations made to serve humanity have slowly killed the different species that keep the ecosystem balanced. Below are some of the endangered species in Africa.

One of the endangered species that Nicki Geigert continually supports to protect is the lemur species. They are common across the south of Madagascar. This beautiful species is active in the day and loves to bask in the early sunlight. Sadly, almost 31% of all lemur species in Madagascar are now critically endangered. According to IUCN, 98% of them are threatened. We must protect lemurs as they also play a massive role in maintaining forest diversity, structure, and dynamics as seed dispersers. Moreover, lemurs are the world’s oldest living primates. Their story began over 70 million years ago, long before humans.

If you don’t know what a pangolin is, they are scaly from tip to tail and curl into a ball. They are solitary and nocturnal animals. Nicki Geigert also actively spreads awareness on protecting this full armor of scale species. This fascinating animal will expose its scales to any predator and roll up into a ball when touched and grabbed. They are the most trafficked mammal in the world. They are illegally poached for their meat and scales, which are used in traditional Chinese medicine. They are also threatened due to the heavy deforestation of their natural habitat.

Wolfs are scary animals; however, Africa’s Ethiopian wolf is fascinating to the eyes because of its slender physique and reddish coats with white marks on the legs, tail, belly, face, and chin. The Ethiopian wolf is one of the rarest and most endangered of all canids. They are threatened by losing their habitat due to high-altitude subsistence agriculture and overgrazing by domestic livestock. Lethal diseases carried by domestic dogs, road kills, poaching, persecution, and hybridization with domestic dogs greatly threaten them.

Rhinos roamed in many places throughout the world, but it is known to early Europeans. It is impressive that their weights are heavy despite eating mainly grass and leaves. Rhinos are critically endangered species because of human activity. Hunters kill rhinos for their priced horns which cause the dramatic decline in rhino numbers. To this date, less than 30,000 rhinos are roaming free. As if that was all, rhinos are facing yet another problem, poaching, and habitat loss.

Another notable species that are facing extinction are chimpanzees. They are known to be one of humanity’s closest living relatives, sharing 98% of our genetic DNA. They are highly adaptable species and inhabit many habitats, such as tropical rainforests and dry savannahs. The United States has listed all chimpanzees as endangered in 2015. A ruling was meant to better protect this species in captivity. Rampant deforestation, poaching, and capture for the pet trade have shrunk the wild chimpanzee population by a considerable number.

There are far more endangered and vulnerable species across the world. Some animals are lucky enough to procreate before extinction, while others are not so lucky due to being hunted. Hence, we must act now and address this problem before all the beautiful and majestic creations are wiped off the face of the Earth. Participating and supporting the many efforts of conversation groups may be your first step to saving these beautiful animals.