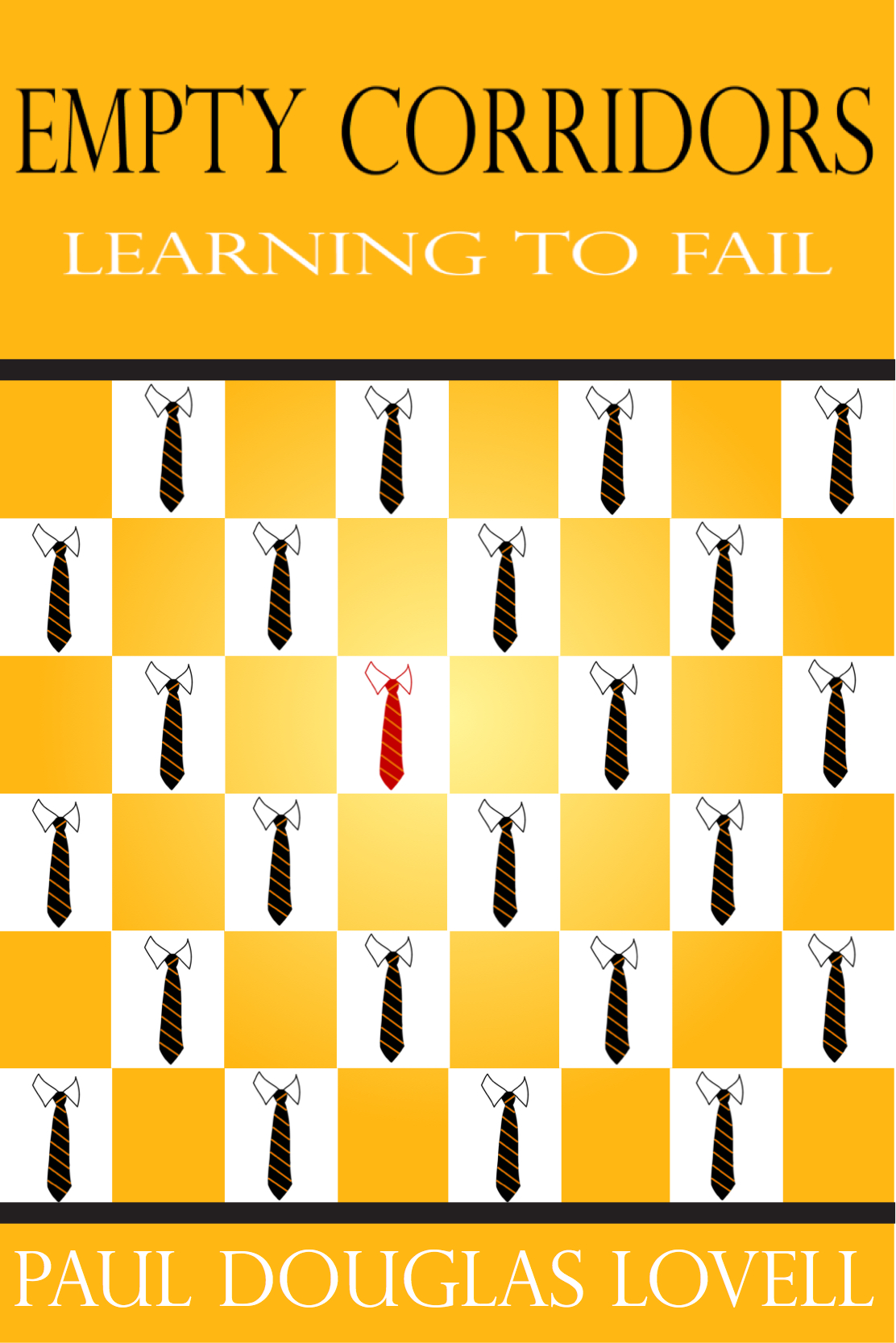 Empty Corridors: Learning to Fail follows Paul, a troubled child, through the streets and school corridors. Set in the 1980s, this piece of creative fiction based on true events can be viewed as British social history.

Being raised on state benefits by a single-parent father, alongside four elder siblings, makes existence into a battle. There are no luxuries to soften the hard edges of daily life. Paul’s mother abandoned the family when he was six weeks old. His father, the child of a prostitute, was also given up at birth and brought up by nuns. It would be fair to say that he was never taught how to love and he struggles with authority. He teaches his own version of right and wrong: never hit girls, respect your elders and if you’re going to steal, which you shouldn’t, make sure you don’t get caught.

In Paul’s early years, poverty meant little. By way of compensation it afforded the children the right to roam. They were always available to play out and the street games and adventures fulfilled his soul. However, with age comes a new kind of consciousness: shame and jealousy. Paul is troubled by a secret, which he doesn’t acknowledge. He becomes more insecure and, as puberty hits, more sullen and angry. It is about this time that the scruffy outcast discovers he’s also a puff/gay. Something so abdominal pushes him farther from society and the acceptance he secretly craves.

The 1980s are a dark time for Paul, but there is some light, although not the sort endorsed by society. Paul finds comfort in his badness; being wayward is something he can control. A shield to deflect attention, Paul embraces crime, marijuana and mushrooms. He drops out and leaves school. Inspired: Empty Corridors follows on from my second memoir: Playing Out: Swings and Roundabouts, set in the 1970s. Readers seemed to relish the nostalgic evocation of the period and enjoyed discovering my childish exploits. They asked me, “So, what about the ‘80s?” That was all the encouragement I needed. But whereas the ‘70s were a time of optimism and innocence, the ‘80s were not so rosy. This was a bleak decade of violence, anger, self-hatred and doubt. However, I resolved to tell things as they were, without apology. And, although not asking to be excused, my past does serve as vindication as some of the choices and episodes that follow in my 1990s’ memoir, Paulyanna: International Rent-boy, do need explaining.

This is a difficult thing to pinpoint. My stories contain childhood nostalgia in the games we played, the toys we wanted and the sweets we liked to eat. There are mentions of songs, films and fashions which, although they can’t all be included, are enough to give a sense of the times. As a gay man, I hope my observations of the 1980s’ societal norms portray how terrible the notion of being queer was, and how coming out called for superhuman courage. The book will also appeal to anyone who is curious about abandonment within families/by parents, and those interested in the role sexual abuse plays in eroding self-esteem and stifling development. The inspiring resilience of the human spirit is also apparent throughout my writing. My target audience consists of people able to show compassion without judgment – those able to read between the lines.

My readers will be entertained. They will laugh and gasp and hopefully sympathise. Although Paul is not the most likeable child, he is honest and real. Unfortunately, he does little in this book to redeem himself. For that to happen, life needs to continue.

I will continue to write, and that is all that is within my power. I don’t have the funds to pay for advertising, and I prefer not to swap reviews as I’m not convinced this obtains honest feedback , which is important. All I can do is keep posting my adverts and garner reviews the natural way. I’m also a little scared of what success may bring. All I really want to do is create.

Something More About Me

I began writing memoirs eight years ago. Required to purchase a Kindle, to view the formatting of my work. I have been getting my money’s worth by devouring the free classics ever since. I’m sure that rubs off in my work. I also compose haiku, this trains me to get the most out of the fewest words. Many actors would like to be rock stars, and vice-versa. As a writer I’d like to be able to paint. Alas, I can’t even draw but that doesn’t stop me from creating comics and adverting placards. I’m quite olde worlde. I don’t have a mobile phone or a driver’s license, and although we have one, I’ve never used the dishwasher. I prefer to wash up the way I did thousands of times in my childhood, only now I can watch the birds with an alpine backdrop instead of gazing through cracked glass held together by yellowing sticky tape. My beginnings were base underclass, but I now live comfortably in Switzerland. I am happy and loved.