“Comrades, Concubines and Lovers” – How I came to write it. 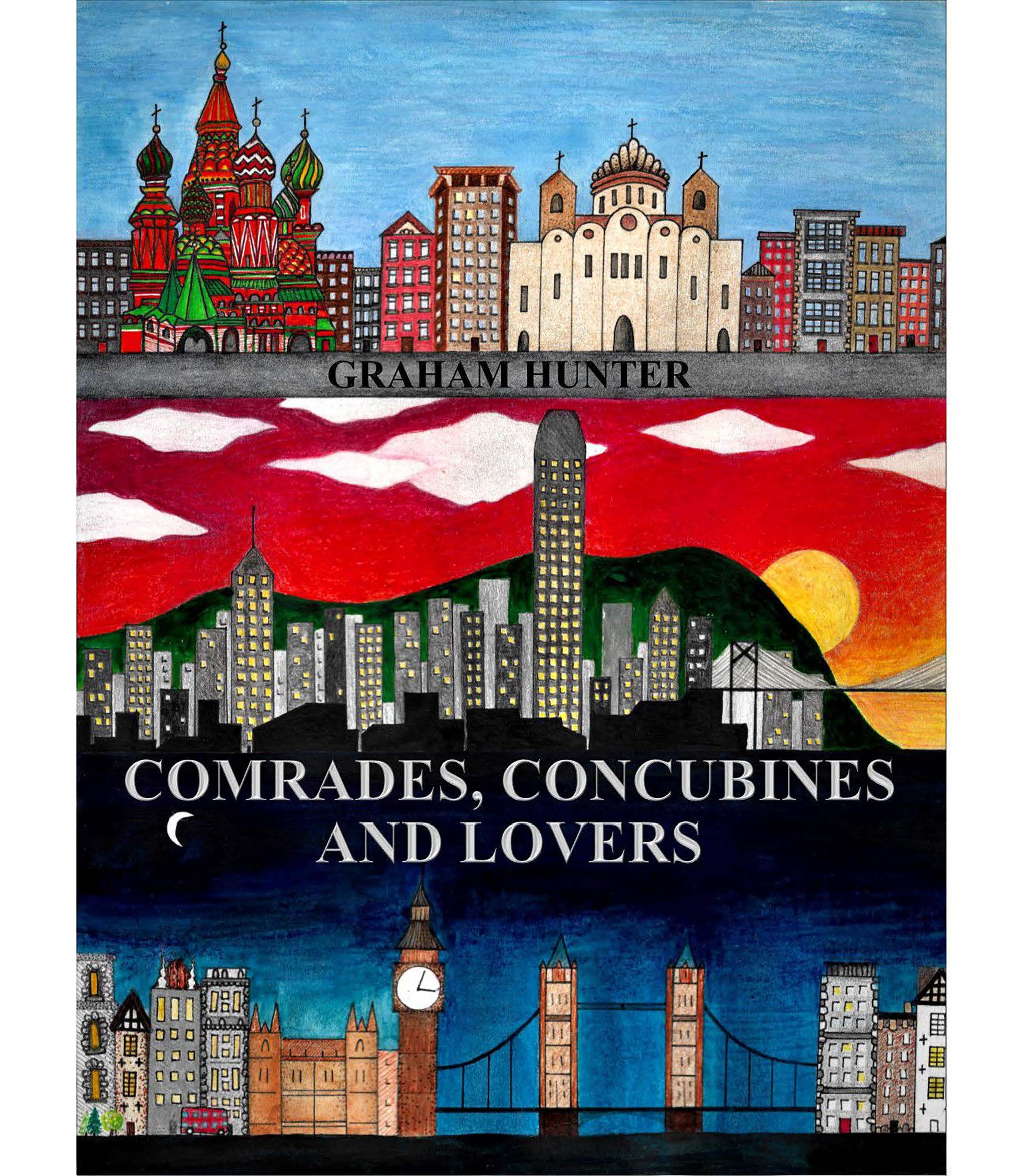 Firstly I would like to thank Elizabeth from Authors’ Lounge for inviting me to write an article about my book, which is called “Comrades, Concubines and Lovers.” It describes the period of my life from the mid 1980s to 2000 and this is how it came about.

At the age of 34 in 1985 and after a disastrous 13 year marriage I filed for divorce and at the same time took on new job as International Sales Manager selling some newly developed Medical Image Analysers around the world. The world was my oyster but I was specifically asked to cover Africa, India, The Far East, Australasia and Eastern Europe behind the Iron Curtain. Eastern Europe and the USSR were places that very few salesmen wanted to go to because of the difficulties that Communism imposed and the general hardships of living there. My travel schedule was to be exhausting and would involve me be away from home for around 250 days a year. In one 3 week trip I remember going up Table Mountain in Cape Town, visiting the Taj Mahal in India and riding a camel along the Great Wall of China dressed in a pin stripe business suit.

I went through intensive product training as I would have to give lectures and demonstrations but initially no one thought of giving me any training in how to survive in the Communist countries, which resulted in me making several faux pas. Also I had to learn the different cultures and customs of lots of different countries and found to my embarrassment that what was acceptable in one was certainly not in another. For example I was nearly made to stay in China to marry a lady because of an innocent mistake I made.

It was a good job that I had a strong stomach as some of the food I had to eat would have sickened most people. Some delights included a whole fish whose head was still alive watching you eat its body and a soup made from cows’ appendices and live baby birds.

Naturally I had the opportunity to meet a lot of lovely ladies and having been starved of a loving relationship for years, revelled in my newfound amorous circumstances. I had girlfriends in South Africa, Hong Kong, Korea and Yugoslavia who I visited regularly but then came Moscow. Of all the places in the world to pick, I fell hopelessly in love with a beautiful girl in Russia. Without giving any of the story away, my book is centred on my attempts to marry her without knowing if I would ever get her out of the USSR. I took on the might of the KGB and the “Soviet System” and experienced things that would have challenged the skills of James Bond! I was spied on, had my hotel rooms bugged and was always aware of someone following me. I even had Special Branch following me in the UK when I invited an important Russian customer to visit the factory. He turned out to be my KGB minder!

In all I did 43 visits to Moscow and over 80 flights in and out of the old Kai Tak airport in Hong Kong so you can imagine the experiences I had. For years I used to delight my friends telling my stories at dinner parties, some of them refusing to believe me but all of them saying I should write a book. I had never written anything in my life except the odd scientific paper so never took up the challenge.

In April 2019 my mother died and the lady celebrant who took her funeral was also a professional ghost-writer. At the wake I told her some of my stories and she confirmed that I should definitely write a book.  It had all the ingredients of a good read namely sex, espionage, intrigue, humour and travelogues.  She would do it for me for a fee but said it was better if I did it myself. Just start by writing everything down and worry about the style later was her advice.

In June 2019 I had to have some surgery and afterwards my surgeon banned me from lifting anything heavier than a pint of beer for 6 weeks so I decided to pick up a pen and started writing.  Much to my amazement it started flowing. I had kept all my old diaries in which I had details of flights, hotels, expenses and personal tit bits so my first task was to create an Excel spread sheet so I could get everything down in chronological order.  I had also collected hundreds of photos, which I could refer to when describing a particular scene or person.

By December I had written over 125,000 words in 40 chapters. By sheer chance I met a university student from the next village who was in her third year of a BA course in English and Creative Writing. When I told her about my book she jumped at the chance of editing it for me as a project.  For weeks we went through it together with her giving me advice on how to rearrange my script to make it more interesting.  She then introduced me to a friend in her second year at university doing a BA in Art, who took on the brief to design a cover for me. Her idea was to depict three artistic impressions of cityscapes. The top one is Moscow – Comrades, the middle one is Hong Kong – Concubines and the bottom one London – Lovers.

By the end of March 2020 we had something we were all satisfied with so I uploaded to Amazon who accepted it on first presentation and published it on 29 April.  Since then I have sold over 350 copies internationally with some amazing reviews, particularly from some American readers who described it as a real eye opener.

My aim now is to get more American readers, the few that have read it so far have all been enthralled and some moved to tears. It can be found on Amazon.com and is available as a paperback or Kindle download.