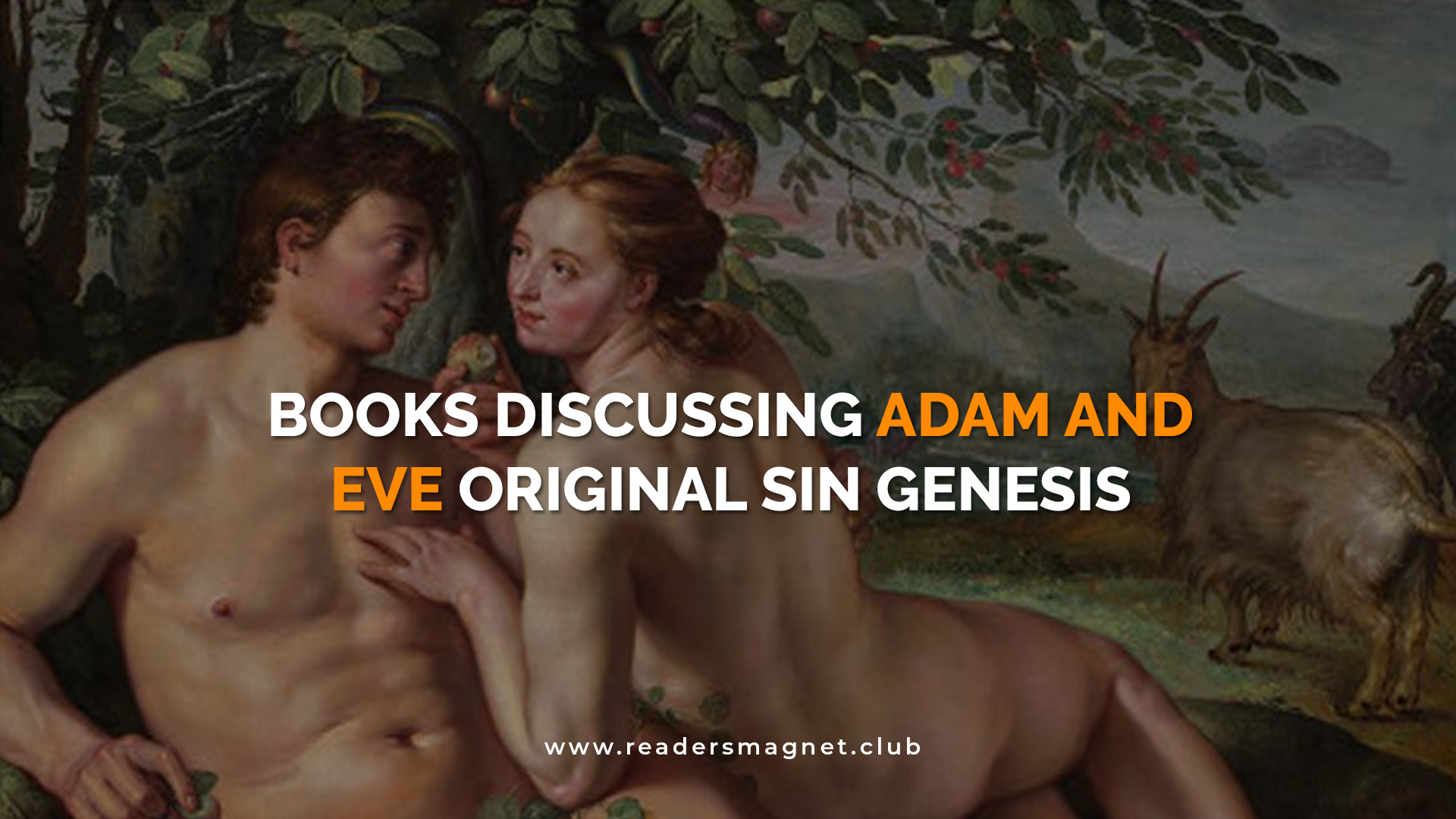 The story of Adam and Eve’s banishment from the Garden of Eden has always interested in many theologians and authors. It was here that the term original sin was coined. Original sin has since been the subject of many books. Here are five books discussing Adam and Eve genesis. Have a meaningful read.

On Original Sin by Odo of Tournai and Irven M. Resnik

Odo of Tourna is the master of the cathedral school of Tournai. He is the first abbot of the restored monastery of St. Martin of Tournai, and, later, Bishop of Cambrai. Considered as one of the most illustrious teachers and philosophers in Christendom. On Original Sin is a revolutionary treatise on the Mass, has heretofore been translated into English. Together with Irven Resnik, Odo of Tourani shares with us his views and his exposition of Christian doctrine. It takes us to a deeper examination into the origin of the soul, the character of the sin that all of us have inherited from Adam. It also features the study of the relationship of the individual to the species. Another important highlight is the translation of A Disputation with the Jew, Leo, Concerning the Advent of Christ, the Son of God. The text continues the discussion, in dialogue form, of original sin and its effects.

Nearly two decades ago, author and Bible expert Marilyn published A Law From Eden: Solving the Mysteries of Original Sin. In her book, Taplin discussed how the sin of Adam and Eve still affects us today. The Original Sin is actually not pride or the seeking of knowledge, but rather, the act of sexual perversion. This act drove us away from Paradise and to through the ages, the sin of perversion managed to find its way into pagan practices. In the modern era, Taplin claims that this sexual act, this original sin is present in the contemporary LGBTQ communities. While A Law From Eden may prove to be a controversial work of literature, Marilyn Taplin offers insights that have never before been featured in discussions about Adam and Eve’s original sin.

Published more than 20 years ago, Original Peace is a work of philosophical theology by David. The book new credence to what is traditionally called “fall-and-redemption theology”, thereby taking exception to the works of some theologians who disapprove of the importance of original sin. Original Peace is a profound reflection on the myth of human perfectibility. It discusses the misunderstood concept that there is no dark side to nature. David Burrell and his colleagues do not prescribe to naive notions about original sin and human suffering. Rather they have forged a new synthesis based on their reading of world religions, Christian scripture, and contemporary social sciences. It supports the theory that creation in all its manifestations is a gift to be embraced, that even death fades to nothing against the cosmic horizon of God’s creation. Original Peace is a remarkable step to shaping the discussion about human nature and the natural world in the future.

In Adam’s Fall by Ian A. McFarland

Ian MacFarland’s In Adam’s Fall is a scholarly work that provides new ideas about the contemporary relevance of the Christian doctrine of original sin. The subject has inspired fierce debate for the last two thousand years. Some of the points for discussion are:

· The predisposed opinions about the Christian doctrine of original sin.

· Affirming the universality of sin without losing sight of the distinct ways in which we both participate in and suffer the consequences of committing sins.

· Offers a depth and range of engagement with contemporary criticism of traditional doctrine that is not present in many modern published works.

The Lost World of Adam and Eve by John H. Walton

For hundreds of years, the story of Adam and Eve has influenced art, literature, and theology. However, for modern thinkers, taking it at face value is incongruous. There are even many thinking Christians today who want to take seriously the authority of Scripture, insisting on a “literal” understanding of the text in Genesis 2–3 which features the rift between faith and science. Some of the questions include ‘How can Christians of good faith move forward?’, ‘Who were the historical Adam and Eve?’, ‘What if we’ve been reading Genesis―and its claims regarding material origins―wrong?’, and ‘In what cultural context was this couple, this garden, this tree, this serpent portrayed?’ John H. Walton’s The Lost World of Adam and Eve is an exciting journey to the past and the changing ideas that shape the debate on Original Sin.