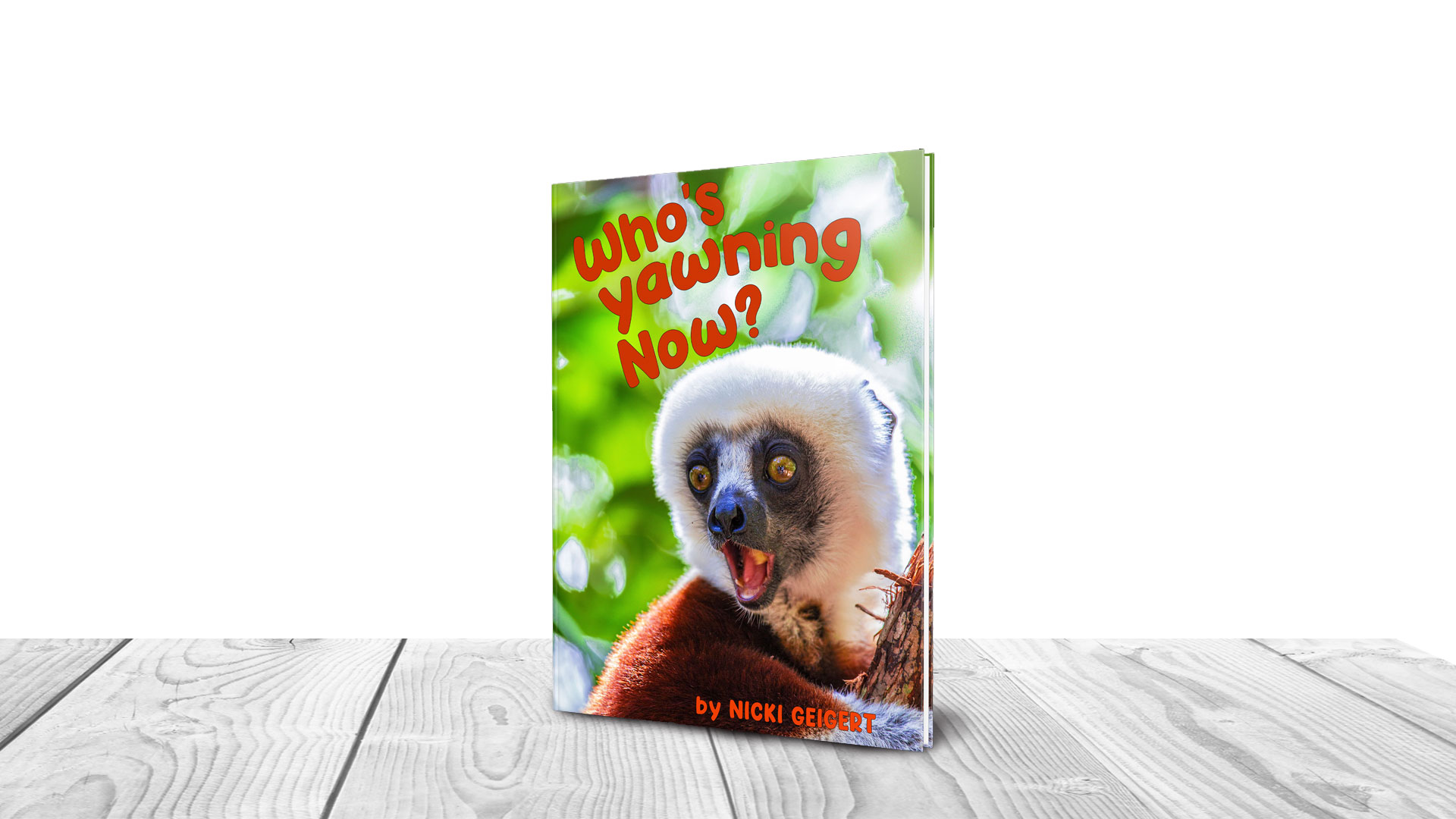 Aside from his travel photography book, Nicki Geigert also compiles pictures of animals in their natural habitats.

Wildlife photography is all about capturing nature’s majesty- its pristine waters, the serenity of the mountains, the dance of the rivers, the lush forests and jungles, the exotic flora, enchanted natural phenomena, and of course, the beautiful creatures that roam these habitats. However, capturing the wonderful animals, birds, and insects in their natural shelter is never easy. Most shy away, while others can be territorial. It takes skills, patience, and dedication to shoot photos of animals and their candid moments. Today, we will feature another remarkable picture book from one of the leading wildlife photographers today- Nicki Collins Geigert.

Who’s Yawning Now? is a 2020 photography book by Nicki Collins Geigert. The42-page book on why animals yawn also shows the animal’s respective habitats. Every page feature a photo of an animal and trivia about the creature, including their name, where they live, what they eat, and three interesting facts about each animal. The animals in Geigert’s book are species with the IUCN Red List of Threatened Species tag. The tag tells how endangered an animal is. The list is based on the best-known worldwide conservation status listing and ranking system. Who’s Yawning Now? is designed for young readers up to 12 years old.

“I saw a huge hippo yawning. It was such a gigantic yawn that I had to photograph it. From there, I thought that it would be interesting to take photos of animals around the world yawning. I then decided that a children’s A to Z book of animal yawns would be a fun book to write. I ran into a problem; I had no animals for the letters Q, U, or X. I then pulled the most interesting yawning animals together and combined them in the Who’s Yawning Now? book.“ –Nicki Geigert on the inspiration behind her latest photography collection.

Who’s Yawning Now is a compilation of amazing images from Nicki Geigert’s lens. It is an excellent addition to any collection of animal photography books. For children, another highlight of the said book is the campaign to help save endangered species, chief among those featured are the lemurs. Nicki Geigert is active in campaigning to protect and preserve flora and fauna in places such as Madagascar and other wildlife areas. Recently, Madagascar’s wildlife is being threatened by various nature incursions, both by local poachers, hunters, and foreign entities such as China. Geigert hopes that by showing these wonderful images of these endangered animals and their habitats, the people and government would help preserve and shelter these natural wonders.

Nicki Collins Geigert is a travel and wildlife photographer, author, and artist. Geigery is known for capturing beautiful and unique photos of nature and animals in their natural habitats. Capturing animals in their homes is not easy, yet Nicki Collins Geiert prefers to get up close and personal to capture moments of these cute and endangered creatures. It is one of the inspirations for her book, Look Who’s Yawning?

To know more about Nicki Geigert and her book, you can buy Who’s Yawning Now? from ReadersMagnet and Amazon. You can also visit Nicki Geigert’s author website to check her other books.