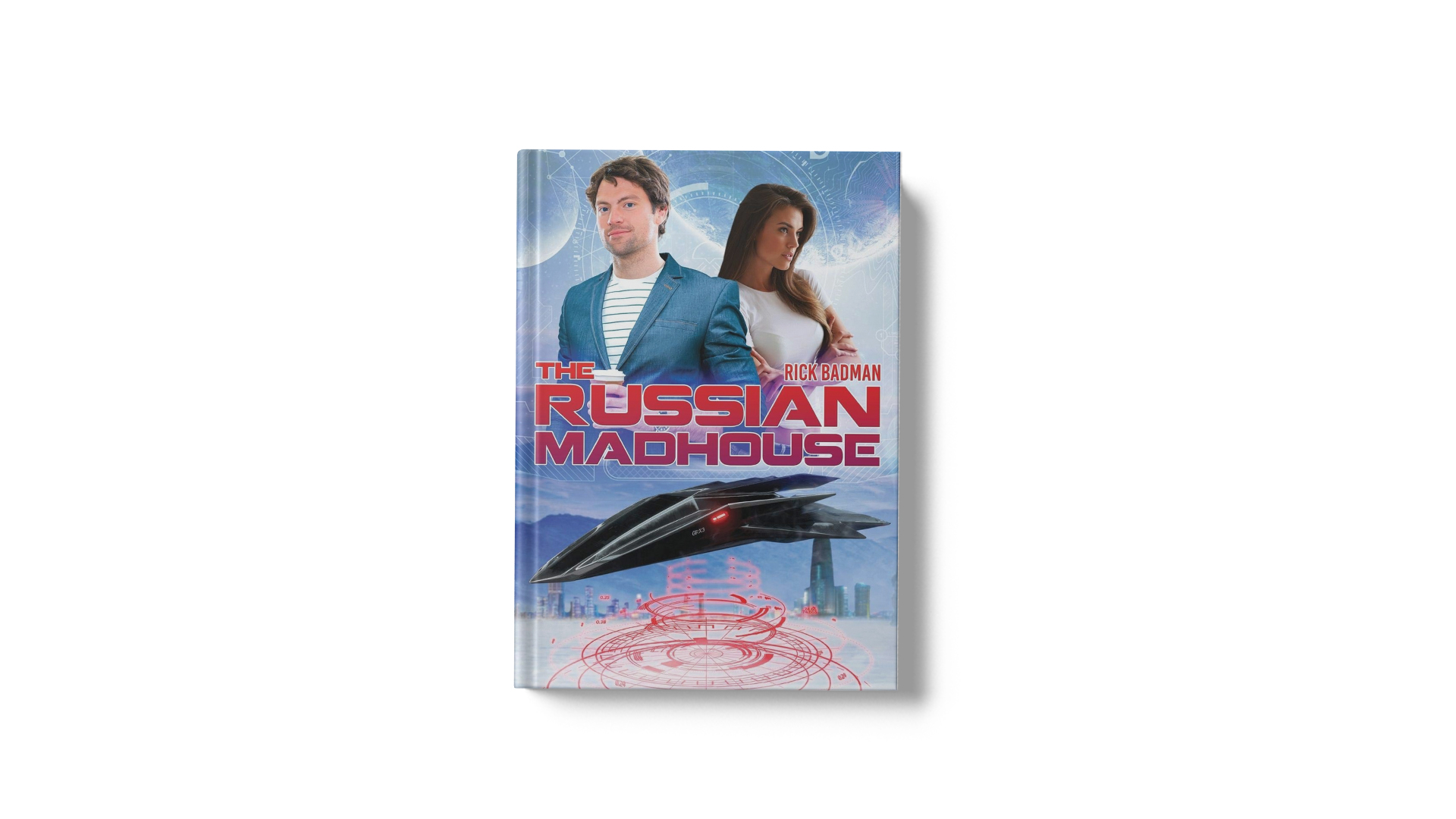 The Russian Madhouse is a sci-fi novel from Rick Badman, author of The Madhouse Projects.

The Russian Madhouse by Rick Badman

Published just last year, The Russian Madhouse is the second sci-fi novel from Rick Badman. The book reunites us with automotive engineer Dick Thurman, whom we first met in the first book The Madhouse Projects. In this story, Dick Thurman is now a director of an underground research and development installation somewhere in Siberia. The story is set in early 2040. During this time, societies are enjoying advanced technologies.

Both Dick and his wife Kate are working in the Facility (the Siberian installation). One day, Kate develops a device called a brain companion. It can aid children’s learning progress. Dick, on the other hand, continues his fascination with flying cars and has produced a flying limousine for the Russian President. Upon his visit to the Facility, the Russian President is shown advanced weapons, enhance human experiments and other science projects. Many of these technologies are for military and warfare. Some of the technologies and inventions are to be taken to Mars. However, a Starship intercepts their travel and what follows next is another adventure with extraterrestrial life, rival governments, and spy agents.

“I have heart surgery occur when a surgeon implants a synthetic heart. In Paris, a woman from the Madhouse brings coma patients back to consciousness. A new worker at the Madhouse takes a flying car out for a spin, plays tag with a UFO, and is shot down by an Air Force fighter plane.” (excerpt from the book)

Overall, Rick Badman’s The Russian Madhouse is a hilarious, out-of-this-world adventure, with fresh new characters and an insanely wonderful plot. For those who enjoyed the first book, The Madhouse Projects, The Russian Madhouse is set to bring you the same reading pleasure but with a new unforgettable journey into the world of near-future sci-fi.

According to Rick Badman, The Russian Madhouse is connected with one of his early works. Years ago Badman wrote a sci-fi novel entitled Tales From Newgate.

Other Works by Rick Badman

Aside from The Russsian Madhouse, Badman has published three more books with the title, The Madhouse Projects, The Belt, Tales From Newgate. He also has two other books The Adventures of Mr. Amazing and The Mission To Worlds Beyond currently in progress.

Rick Badman was born on March 21, 1956, in Warsaw, Indiana. At a very young age, Rick was already an avid sci-fi enthusiast. He began writing science fiction stories as a kid. Rick’s love for science fiction started 55 years ago when many of the sci-fi technologies are still on the way. When he was in eighth grade, Rick Badman also tried writing longer sci-fi narratives. Rick Badman published his first sci-fi book in 1999 entitled, The Belt. This was followed by three more books and two unpublished books. Rick hopes that the public discover and appreciate his futuristic technology ideas and their potential effects on the world.

To learn more about Rick Badman and his sci-fi works, grab copies of his books, or visit his website today.