Book Feature: The Hunter in the Shadows by Joab Stieglitz 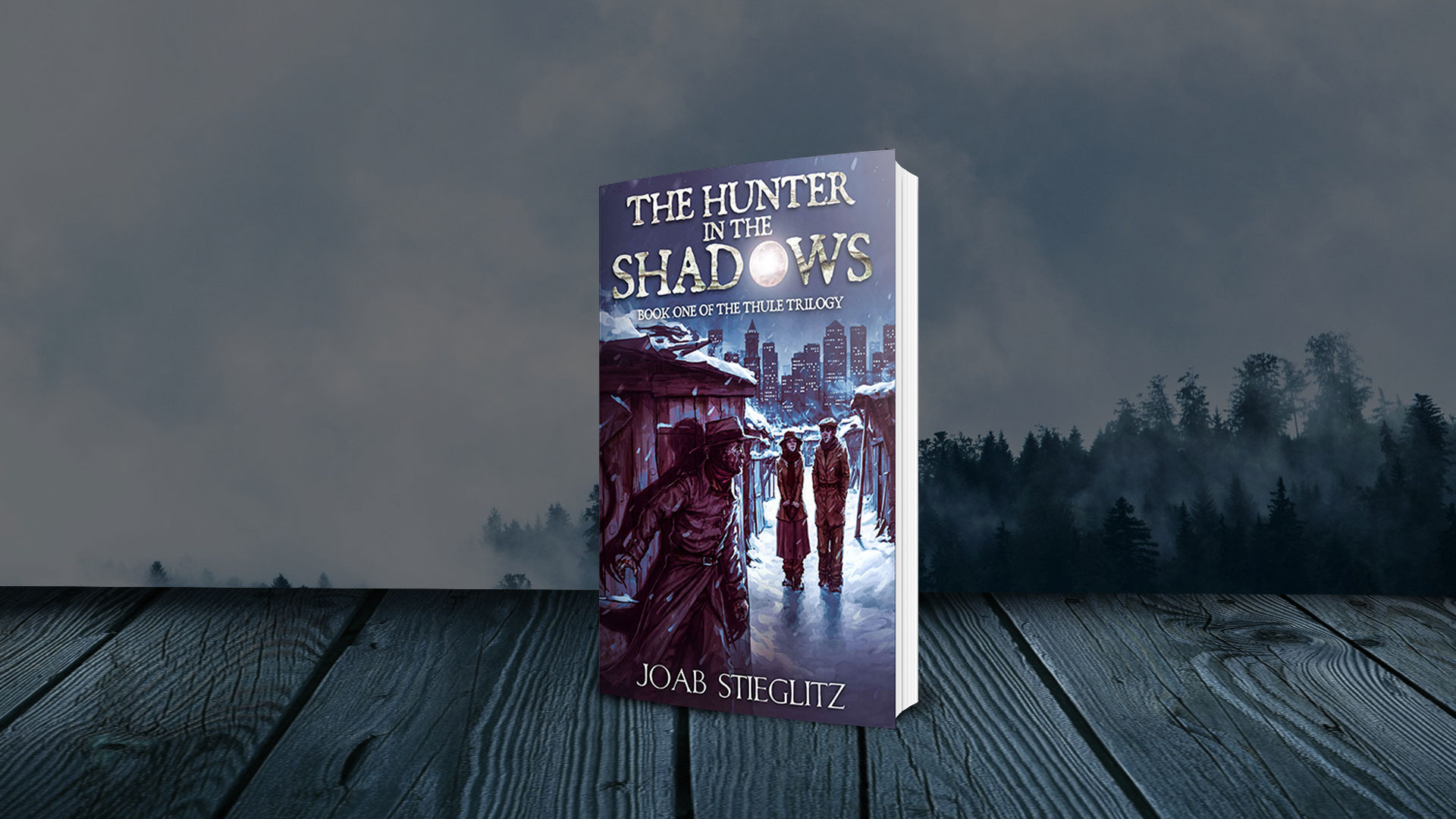 The Hunter in the Shadows is the first installment of Joab Stieglitz’s second book series, The Thule Trilogy.

Pulp fiction and fantasy writer Joab Stieglitz is known for his two trilogies- The Utgarda series and The Thule Trilogy. Today, we will look at the first installment of the second book series to feature Anna Rykov- The Hunter in the Shadows by Stieglitz.

The Hunter in the Shadows

The Hunter in the Shadows is a fantasy thriller by Joab Stieglitz. It was published in July 2019. It is the first installment of a new book series following Stieglitz’s successful debut trilogy- The Utgarda book series. The book is separate from the first trilogy but features the main character from the previous series- Russian Anthropologist Anna Rykov. The story is set in the early 1930s during America’s Great Depression (1929-1933).

“After dreaming that her alter-dimensional sister Sobak was in danger, Anna Rykov is sent to Depression-era Boston to find and kill the shape-shifting alien who has captured her and whose plans could bring about the extinction of all life on Earth. Anna is assisted by Cletus the Hound and a homeless World War I veteran with skeletons in his own closet. However, Anna’s inquiries catch the attention of J. Edgar Hoover, whose motives, in this case, are unknown.” (book description)

For fans of The Utgarda trilogy and the character of Anna Rykov, you will be in for a great adventure that will make you love the fierce Russian protagonist even more. In this series, Anna is not just an anthropologist tagging along. The Thule trilogy is all about her, her dark past, and the great adventure that awaits her, involving new characters and unexpected twists. The Hunter in the Shadows is a fitting introduction to an exciting series.

Sequel and The Thule Trilogy

The Hunter in the Shadows is set to be followed by two other books. The second book was released in October of 2019. The Worlds I know is the sequel to the first book and finds Anna in the middle of an inter-planetary situation after discovering a plot by the German Thule Society to seed alien chaos among Western powers. Anna is taken to Siashutara, the world seen by the psychic Brian Teplow. What follows next is a series of out-of-this-world discoveries that would change Anna’s truth and threatens to destroy both the Earth and Siashutara. Anna must reconcile some truths and figure out how to restore these worlds in their rightful paths in time. The third book in the series is yet to be released. As of this writing, Joab Stieglitz is still finishing the book. Book Three will likely feature the final chapter of Anna Rykov and the Thule book series.

Joab Stieglitz is from Warren, New Jersey. He works as an application consultant for a software company. For many years, Joab Stieglitz has worked as a software trainer, network engineer, project manager, and technical writer. His passion is mainly in science fiction and the world of gaming, especially RPG games, including Savage Worlds, Mars, Deadlands, Agents of Oblivion, Call of Cthulhu, Pathfinder, Lamentations of Princess, GUMSHOE, and other games. He is also a huge fan of the great American writer Howard Phillips Lovecraft. The late great novelist was famous for his works on horror and weird pulp fiction, now commonly known as Lovecraftian literature. The featured book, The Hunter in the Shadows, is just a part of the three-book series that features Anna Rykov.

To know more about Joab Stieglitz and his body of works, buy his books or check out his website today.