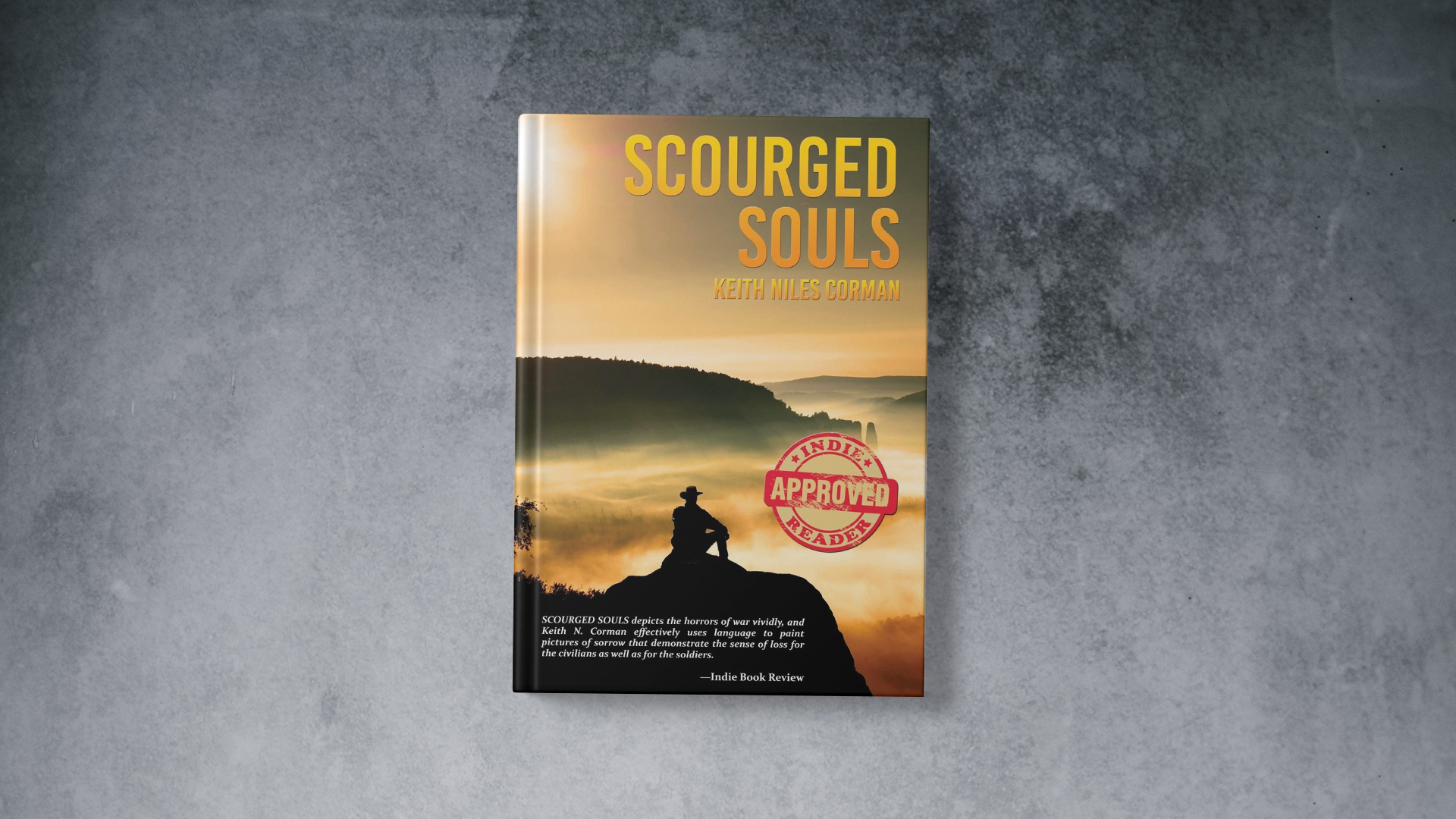 War novels are always compelling, especially war memoirs and even fiction works based on actual events. They bring present narratives that make us examine the human psyche and reflect on the question: ‘why there is a need to wage war?” It is a question that has always troubled mankind. Man killing man is a nasty business and yet history has seen too many wars and millions of innocent lives lost in this senseless business. Keith Niles Corman’s war drama about the events that transpired in Kennesaw Mountain during the last two years of the American Civil War tries to attempts to present to its readers a picture of war and its gripping realities. Scoured Souls by Keith Niles Corman is more than just a retelling of the infamous battle. It also represents the lives of those who participated and witnessed the tragedies of war.

Scourged Souls is a war drama fiction written by Keith Niles Corman and was published in 2017. Although the book is a war novel, it does not focus on battles and military encounters. Scourged Souls is set during the later part of the American Civil War, particularly in Kennesaw Mountain, Georgia where a battle took place in 1864. The book’s main character is a former slave named Obadiah Washington. He is working as a blacksmith in the South when war reaches Georgia, he helplessly watches many black slaves forced to build defenses for the Confederate Army. Slavery is one of the themes portrayed in the book.

In Scourged Souls, Corman also uses the element of letters in weaving a remarkable narrative. Through the letters sent by the soldiers and their families, Corman provides the readers with a glimpse of the realities and horrors of a civil war. Through the eyes of middle-class citizens, soldiers, civilians, workers, and slaves, we experience various emotions including despair, fear, anger, hopelessness, as well as courage and determination. It is also a novel that depicts the realities of a community torn apart by war as well as personal beliefs challenged by its harshness. Scourged Souls is a work that is filled with extraordinary details, plot, and realistic portrayal of the American Civil War that affected thousands of innocent lives. Keith Niles Corman’s narrative is riveting, to say the least. It is both a historical narrative as well as a personal one. Readers will learn not only the Battle of Kennesaw Mountain but also the scars that the war has left behind.

Author Keith Niles Corman was born in Cincinnati, Ohio. He was raised in Lawrenceburg, Indiana, and lived there until 1975. He is married to Martha Gail Muncy. Their marriage produced a daughter, Amanda K. Corman. Throughout his lifetime, Keith’s interests ranged from politics, philosophy, politics, as well as faith.

Keith spent three decades in public service and political activism. Upon his retirement, he decided to start a consulting company focusing on economic development and intermodal logistics. He also went back to his old love- trains. Keith Niles Corman’s passion for trains and railroads started when he was a kid. Today, he is an advocate of the railroad industry and public education of America’s transportation industry. His main focus is job appreciation and safety awareness. As a hobby, Keith likes to take photographs of railroads. He also spends his time modeling railroads, doing historical research, and of course writing. Aside from his novel Scourged Souls, Keith also published a children’s book entitled Katie and Kenny Tour the Railroad.