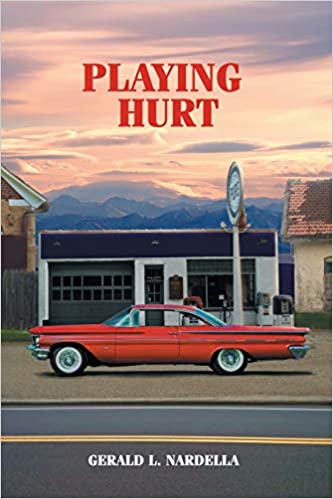 Playing Hurt is a book by Gerald L. Nardella that tells a salient teenage drama and social pressures set in the 1960s.

As one transitions to his or her adolescence, a roller coaster of emotional ride is inevitable. At that point of age, teens would be discovering themselves and slapped with reality. Some would find teen drama in movies when in fact it can also happen in real life. Gerald L. Nardella’s Playing Hurt is a book that portrays as such. This book is intense, emotional, and relatable to readers even if it was set during the 60s. This is a short but not so sweet story like most fiction novels.

This was originally published in 2015 and is the first published novel by Gerald L. Nardella. This fiction novel, Playing Hurt by Nardella, has received numerous praise and good reviews and is continuing to do so. This novel follows the story of two teenagers in the 1960s, namely Brian and Deanie, who are faced with struggles in their relationship and as they come of age. The story will show how the couple navigates through the trials thrown their way during their senior year in high school.

Brian is a high school football player and Deanie is a beautiful cheerleader. Brian was in his last year in high school and his last game for his team. He was also having problems with Deanie who became distant after their night together. And after an injury from his last high school football game, Brian was left miserable. The same goes for Deanie who became pregnant with her ex-boyfriend’s baby after he forced himself on her. When Brian found out about this the situation worsened from thereon.

Gerald L. Nardella was inspired to write this novel from the fear and insecurity he encountered growing up in a small town that offers little opportunity and few role models. And also, the exacerbation of the uncertainty the future holds and the pressure of the emotions that are difficult to control. He also has a personal experience of the insecurities from living in a broken home which still haunts him to this day.

Nardella did an incredible job of presenting a variety of aspects of a teenager’s life during the 1960s. The portrayal of the norms during that period which would not be approved in today’s society was perfectly portrayed. Readers will find themselves at the edge of their seats with the plot twists in the story and the sensitive and heavy themes portrayed. Playing Hurt has a straightforward writing style with sufficient description to give readers a clear image of the situation, circumstances, characters, and setting. A quick read book with 116 pages. This is not a book that focuses on romance in the 60s. This portrays the typical teenage problems. Numerous important lessons can be found in the book. This is an incredibly moving book that will provide readers a better understanding of sexuality felt by adolescents.

Gerald “Jerry” L. Nardella was born and raised in Livingston, Montana. He has served in the U.S. Army. He has an accounting degree from Montana State University. He worked as an accountant in a national firm before he founded his own CPA practice in Billings in the year 1974. He married his high school sweetheart, Peggy, in 1968. They have two children, Michael and Terri. Nardella enjoys reading, golfing, and working on his family’s cabin in the Crazy Mountains.

To know more about Gerald L. Nadella and his works, visit his website today or check out his published book.