Book Feature: Going Going: The Abduction Of A Mind by Jack Weaver 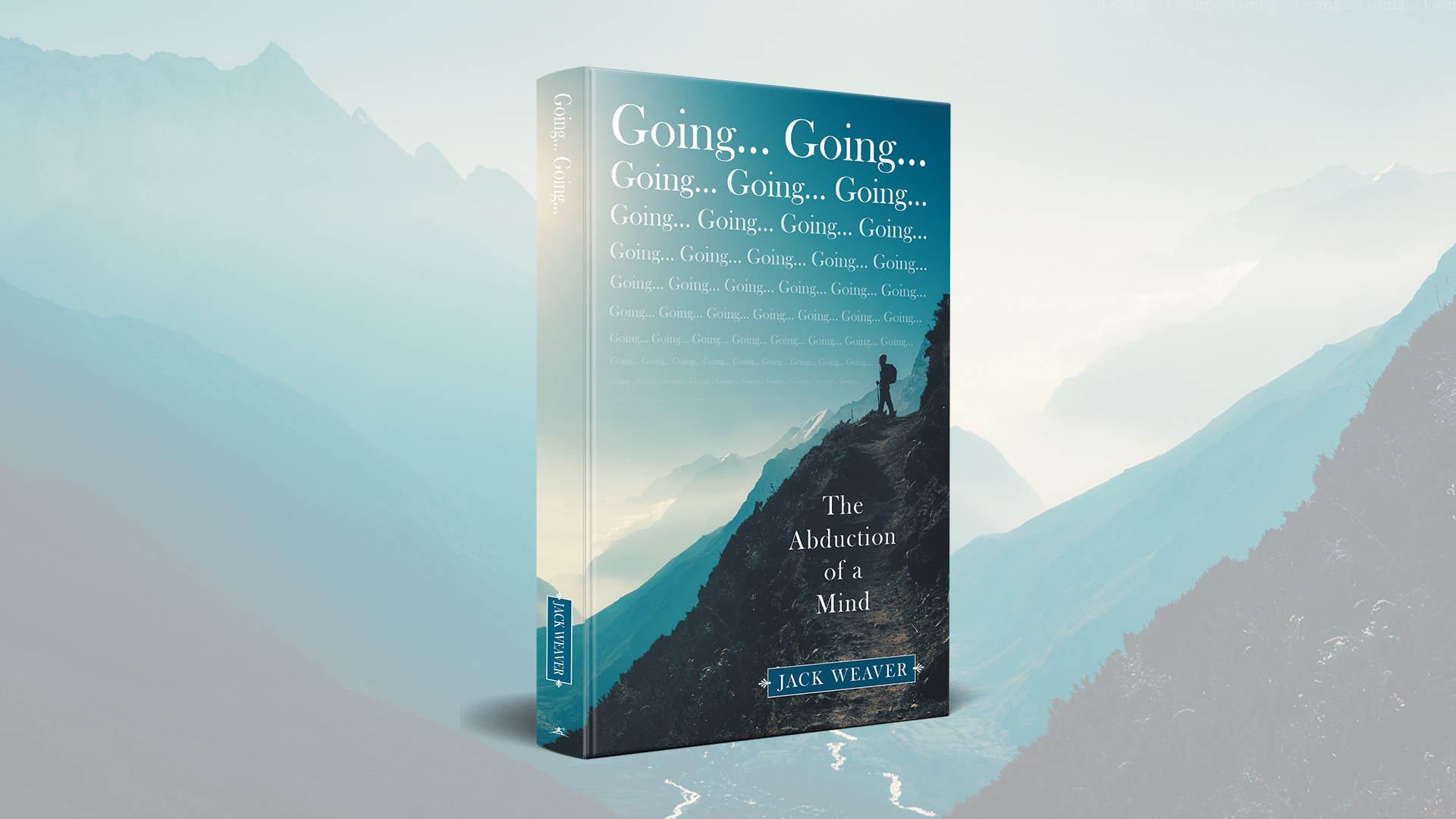 Going Going: The Abduction Of A Mind is a heart-warming memoir about Alzheimer’s by Jack Weaver.

Alzheimer’s disease is a degenerative disorder that causes the patient’s brain cells to break down and die. The most common sign, and usually what we see in movies and various literature, is forgetfulness. A person with Alzheimer’s tends to forget simple things that a normal person would remember. However, as the disease progresses, that person’s ability to perform ordinary tasks such as keeping up with a conversation or answering simple queries disappears gradually. Sadly, there is no cure for Alzheimer’s. There are only medications to somehow slow the patient’s decline. That is why for Alzheimer patients and their families, the journey can be really difficult and arduous. In the United States, over 5 million Americans aged 65 and above have Alzheimer’s. Going Going: The Abduction Of A Mind by Jack Weaver shares the unique and amazing journey that he and wife Janey experience battling Alzheimer’s. Let us take a closer look.

Going Going: The Abduction Of A Mind by Jack Weaver

Going Going: The Abduction Of A Mind by Jack Weaver is a heart-warming memoir published in June 2019. The book chronicles a sweet couple’s fifteen-year battle with Alzheimer’s. In this book, Jack Weavers imparts a unique account that is both inspiring and educational. Jack, together with his wife Janey, will take readers to the ups and downs of their journey. What the couple shares mostly are stories of resilience, hope, happiness, faith, and love amidst despair, pain, and grief. Jack’s narrative will make readers fall in love not only with the couple but also about the idea of having someone who will standby you through thick and thin.

Going Going: The Abduction Of A Mind details how their lives are changed and how the family coped up with the challenges that Alzheimer’s brought to their lives. With profoundness and all-out honesty, Jack Weaver tells it all.

Readers will also enjoy how Jack Narrates his and Janey’s journey before Alzheimer’s, and even before family. Jack and Janey were High School sweethearts. The first pages of the book detail how he met and fell in love with Janey, who would be his wife of 45 years. Romantic, funny, witty, and touching, Going Going: The Abduction Of A Mind by Jack Weaver will surely melt your hearts.

“We vowed, ‘For better or worse, ’til death do us part’, when we were twenty. Each anniversary since, for the past forty-three years, we have reaffirmed that commitment at the celebration of one more year of building our love and the commencement of another year filled with new hope and anticipation.

But as the years add to our youth, we are changed. We became acquainted with the reality, and the uglier side of life, which like the incoming tide, rises slowly in our lives, bringing with it the debris of disappointment and grief.

She said she would be with me always, but now there is talk of leaving, and she speaks frequently of ‘going away’. Not that she wants to, I know. She has a stronger desire than to remain until death or the rapture, but she cannot.”

(excerpt page 3 from Going Going: The Abduction Of A Mind)

Jack Weaver is married to Janey Weaver. Together, they have five children and eight grandchildren. A retired chiropractor, Jack now spends his time enjoying God’s wonderful creations, working with his hands, and doing the things he loves, which includes photography, fly tying, woodworking, leathercraft, and writing.

To know more about Jack Weaver and his book, grab a copy of Going Going: The Abduction Of A Mind or visit his website today.