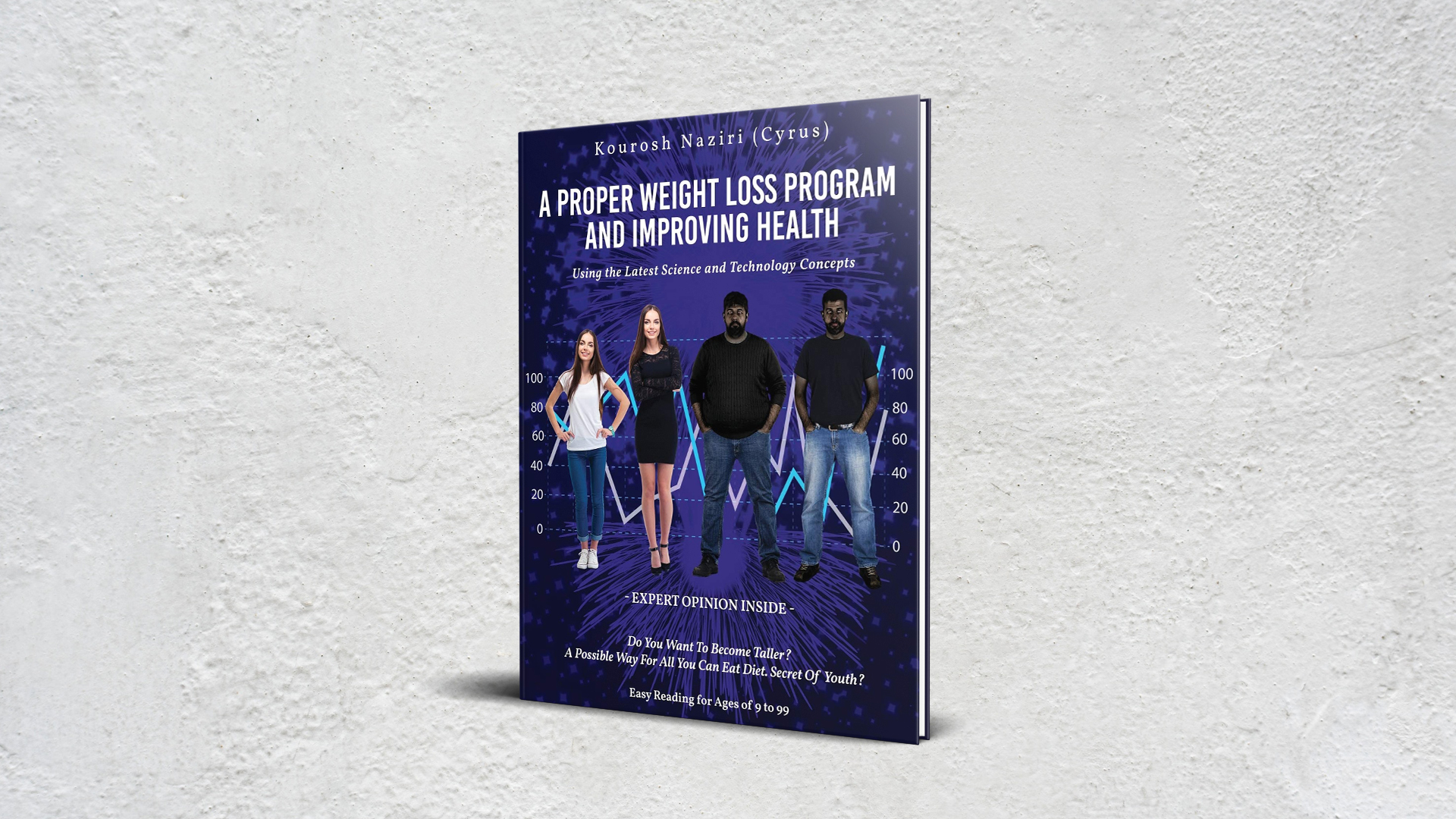 A Proper Weight Loss Program and Improving Intro is a health and fitness guide book by Kourosh Naziri.

Fitness books are often very tricky. It’s either the program is not designed for everybody, or people are having a hard time absorbing the idea being written. And this is quite the dilemma for many health and fitness works of literature. Today, our featured book is a health and fitness book like no other. Kourosh Naziri’s A Proper Weight Loss Program and Improving Health covers many areas of health and fitness. It is one of those rare health and fitness guides that readers ages nine years and above will truly enjoy and appreciate.

Published last July 2020, A Proper Weight Loss Program and Improving Health by Kourosh Naziri is divided into five chapters and contains nine annexes with specific topics in each. The first chapter of the book talks about the body and how sugar, fat, and our biological clock determine how healthy or fat we are. In the second chapter, Naziri proceeds with an in-depth discussion on fiber groups and sugar substitutes. As well all know, fiber helps greatly in digesting food and promoting weight loss, and lowering blood sugar levels. Chapter Three covers a to-do-list while the two remaining chapters cover extensively discussions about diet and exercise, respectively.

What makes Naziri’s books enjoyable is that they cover simple ways of maintaining physical fitness and conditioning. In chapter five, readers will find that the exercises featured are simple and fundamental forms of physical activities such as jogging and jogging. In today’s modern world, where many fitness gurus and experts try to complicate things by introducing complex activities and modules, readers will enjoy Naziri’s simple and classic health and fitness approach. The book’s nine annexes cover a wide variety of topics such as exercise for different age brackets, diet, food preparation, tea, and other interesting discussions.

This book is intended to be easy for ages 9 to 99. Although this book is intended mostly for adults, who want to have better health and lose weight, I have included an appendix, especially for very young people up to 20-25 years old. Under parents’ discretion, these very young readers could especially read the annex one. This book is comprised of two sections. Section 1 is the main body of the book. It shows you how to diet and exercise. In my opinion, this is the best way possible. Section 2 is called annex chapters. It is used for both reading and reference. (book description)

Overall, Kourosh Naziri’s A Proper Weight Loss Program and Improving Health is a book that is fundamental, simple, and yet what is needed for today’s health and fitness advocates and those who want to embark on a more easy and meaningful health and fitness read.

Other Works and Projects

After the release of his first book, Kourosh Naziri then released A Journey to UltraDimensions. It is a sci-fi space adventure that features a character named Captain Houshmand. The story follows Houshmand as he attempts to rescue his bride to be named Delaram. A villain called a Xinterrian kidnaps Delaram before their wedding. As he tries to rescue his fiance, Houshmand encounters ultradimension on his way to Earth. A Journey to Ultradimensions is under the subgenre of light/humorous sci-fi novels.

Kourosh Naziri graduated Bachelor of Arts at George Washington University in 1982. Years after he completed the formal education, he then obtained his Masters of Science in telecommunications and Engineering degree from the same university in 1988 in his Alma Mater. As a young man, Naziri has always been interested in technology and the mystery behind them.

After his studies, Kourosh Naziri worked as a lecturer at Northern Virginia Community College (NVCC) in Washington, D.C. There, Naziri taught electronics for many years. He also went on to work for World Bank. His stint in the largest financial institution in the United States included a job as a network specialist and as a technician.

Kourosh Naziri has extensive experience in management. He has served as the general manager of the Naziri Dental Corporation for many years. Kourosh Naziri is in charge of overseeing the corporation’s everyday operations, supervising the corporation’s employees, and managing the billing for patients and the respective insurance companies. Finally, Kourosh Naziri decided to establish a company that would enable him to further his interest in scientific research and technology development. He started the Cyrus 21st Century Entrepreneurship LLC and currently serves as its general manager.

Aside from business and writing, Naziri dedicates his spare time to doing volunteer work with the Salvation Army.

2003. He is in charge of the corporation’s daily operations, supervising the staff, and managing the billing for patients and insurance companies. Over the years, Naziri has acquired vast experience and expertise in the managing business. Recently, he decided to put them to good use and establish the Cyrus 21st Century Entrepreneurship LLC. He currently serves as its general manager.