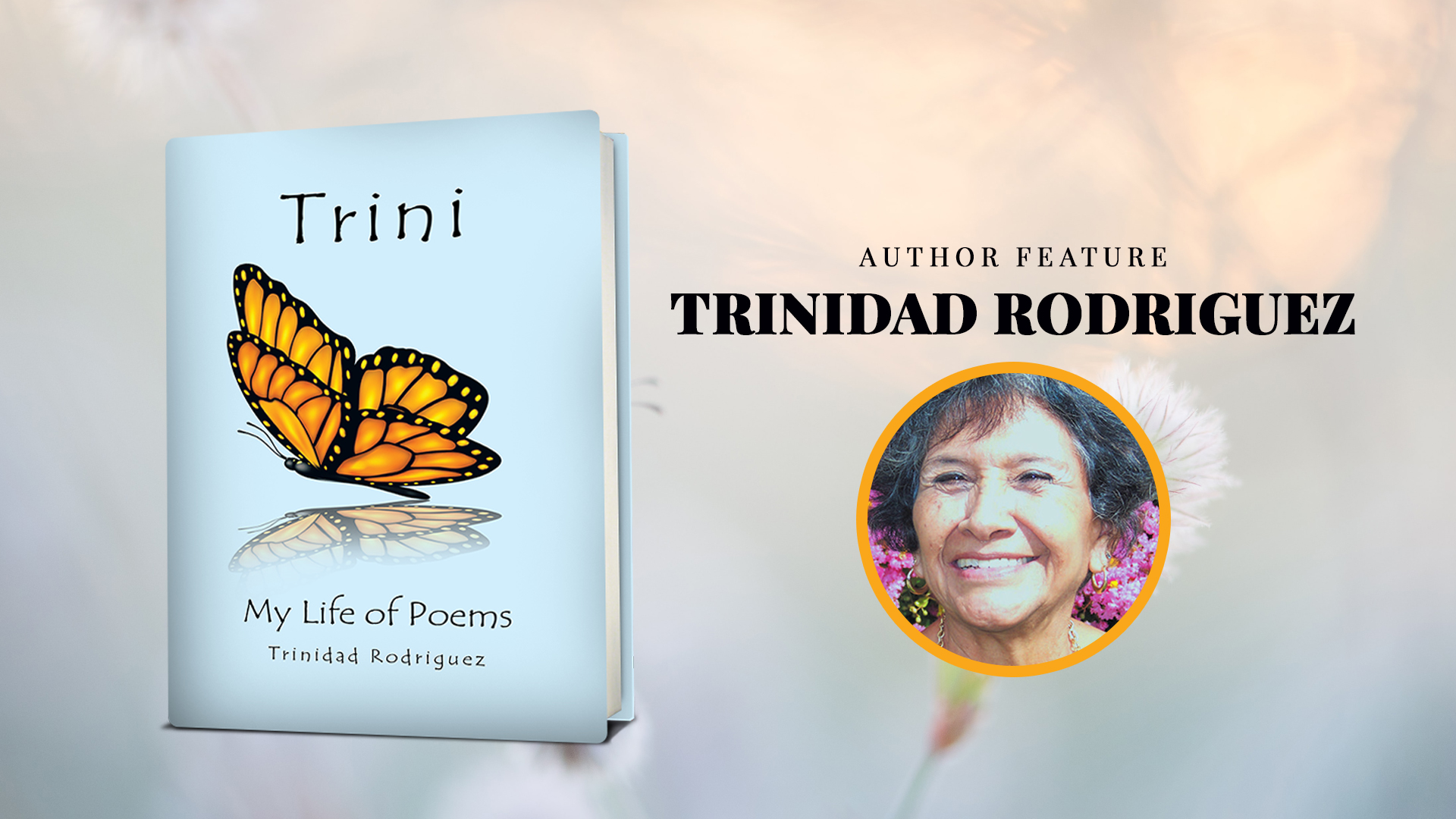 Trini: My Life in Poems is a story of determination, courage, and unyielding faith written by the promising author Trinidad Rodriguez.

Poetry evokes imaginative and emotional responses. Poetry can be a means for most people to express their emotions, thoughts, and life experiences. With poetry, Trinidad shares her experiences and thoughts regarding her life and journey. Only Trinidad Rodriguez was able to share and express her journey in the simplest yet touching form. Life was not easy for her. Her life was a challenging one but no matter the obstacles placed in her way, this did not stop her from achieving a successful life.

Trinidad Rodriguez is the oldest of six daughters. During her freshman year at Bowie High School, she was pressured by her father to quit school in order to marry a man who can support her. Her teacher saw her intelligence and capabilities and encouraged her to finish her studies in 1962 where she graduated as valedictorian. At the age of twenty and already married, Trinidad earned her bachelor’s degree at the University of Texas at El Paso. Later on, her marriage failed, leaving her to support her three children, namely Betty, Liz, and Raul. Her children were her inspiration and support to get through the good and bad times. At thirty-eight years old, she finished her master’s degree. Afterward, she pursued to be an honored teacher and is currently a licensed professional counselor with her own business in San Marcos, Texas. She works as a full-time teacher for the Ysleta Independent school district and volunteered in YWCA. Even with her busy life, she still finds time to help others. In 1984, she received accolades for her volunteer work with YWCA in her community. She was honored by The Volunteer Bureau for her work as a counselor and teacher volunteer. Even at the age of seventy-three, she continues her successful life of service in her community.

Trini: My Life in Poems

Published in 2015, Trini: My Life in Poems is the first work published by Trinidad Rodriguez. This tells a memoir of determination, courage, and unyielding faith of Trinidad through poems written by her personally. A story that tells the life of a single mom during her struggles and victories. Poems that share the compelling journey of Trinidad Rodriguez, an inspirational woman.

Trinidad became a single mother and was left to fend for her three children on her own. Life is not easy. How much more for a young mother with three children to care for. Trinidad was left with the responsibility of becoming the mother and father of her children. A responsibility in which anyone would need a counterpart to help in doing so. Being a single mom is challenging both mentally and emotionally. In her book, the readers will understand and feel the experiences of the author in her life as a single mother. The readers will view these poems through the windows of the author’s eyes.

“Some poems allow you to soar like a butterfly, realizing the freedom of a first flight, while others bring an ache to your heart. Feel the longing for a loving and caring partner, and the devotion to her three children.” written in her Amazon book description.

Her authentic poems will bring readers to places they do not know how to go on their own. An in-depth glimpse of one’s soul will be experienced when reading her poems. Poems that can scold and sing.

Trinidad Rodriguez is not only a responsible and inspirational woman but also a loving grandmother. Readers will know more about her as a grandmother. In the foreword of her book, readers will read the heartfelt letter of her sixteen-year-old grandson, Robbie.