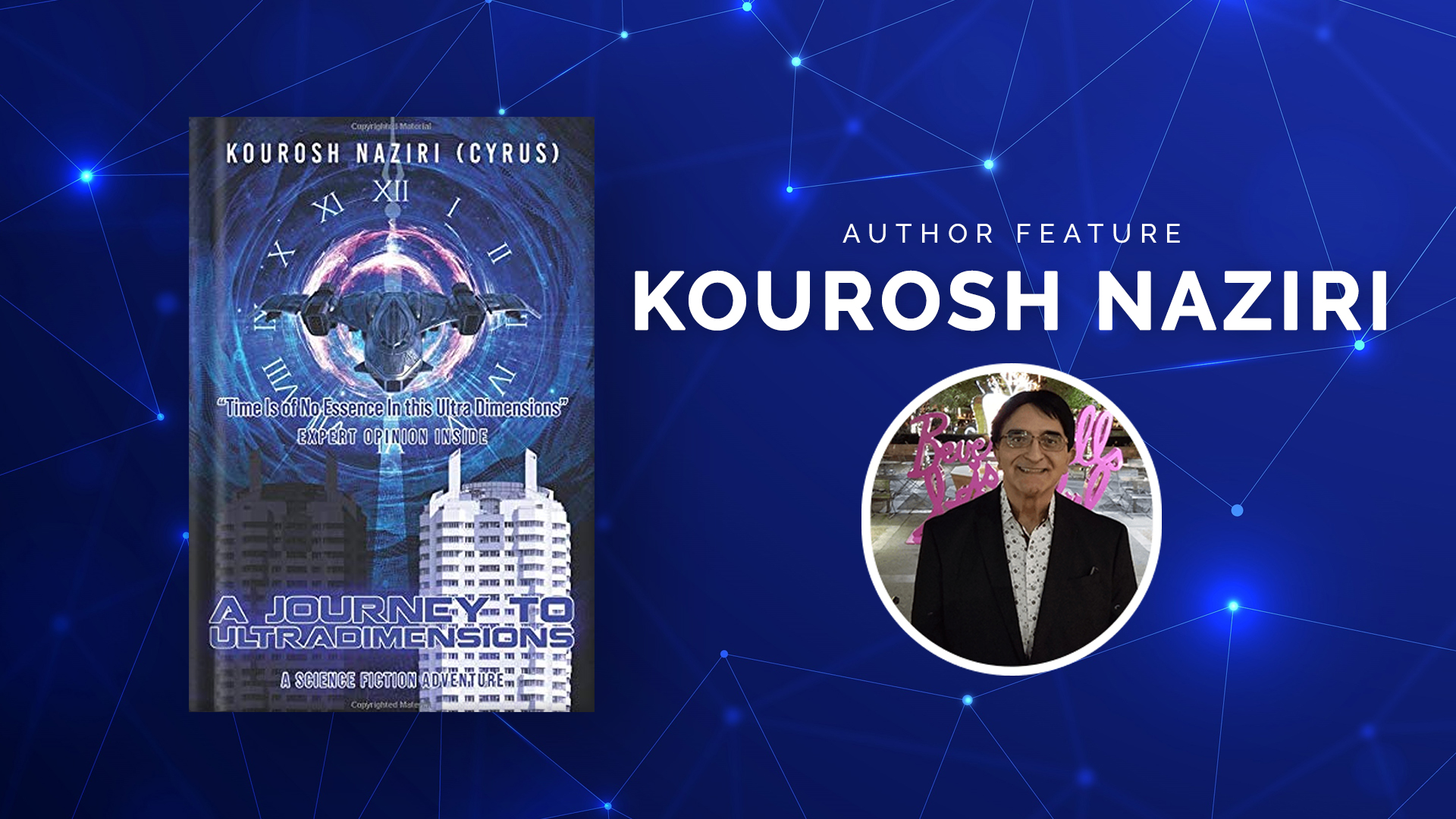 Today, we will feature an author and a businessman whose achievements include two published works on two different fields of interest, years of interesting research, and an entrepreneurship company established to take scientific research to another level. ReadersMagnet is excited to feature Kourosh Naziri (Cyrus) as of featured author for today.

Mr. Kourosh Naziri (Cyrus) is fascinated with technology and the mystery surrounding it. Naziri finished his formal education in Electronics and Telecommunications at the George Washington University in Washington, D.C., in 1982. He holds a Bachelor of Arts degree. In 1988, Kourosh Naziri got his Master of Science in Telecommunications and Engineering degree from the same university, the George Washington University.

Before establishing the Cyrus 21st Century Entrepreneurship LLC, Kourosh Naziri worked at the Northern Virginia Community College (NVCC) as a former electronics lecturer. Naziri is also a former data network specialist at the World Bank in Washington, D.C. Since 2003, Kourosh Naziri has served as the general-manager of Naziri Dental Corporation, proof of his many years of experience and expertise. Naziri’s job included supervising the day-to-day operations of the company, managing the staff and their payroll, as well as billing for patients and insurance companies.

Besides his commitments with professional work and other business endeavors, Kourosh Naziri is active in community work. He serves as a volunteer with the Salvation Army during his spare time.

Kourosh Naziri’s major achievements include his published works. The newly-established Cyrus 21 Century by Kourosh Naziri in Los Angeles’s heart is also his recent milestone. Naziri wrote and published two books. The first is about health and fitness entitles “A Proper Weight Loss Program and Improving Health.” The second book is a science-fiction novel about space adventure. The book’s title is A Journey to UltraDimensions.

Aside from writing, Mr. Naziri’s passion includes scientific research and technology. This is the reason behind Cyrus 21st Century Entrepreneurship LLC.

Cyrus 21st Century Entrepreneurship LLC is a newly established business by which Kourosh Naziri serves as the general-manager. It is a science and technology research company in Los Angeles.

In this book, you will be able to witness a new original action-packed adventure of Captain Houshmand. This book has an original style of comedy, which I called Cartoonamic. Captain Houshmand is a great brave man who is about to marry Delaram. A Xinterrian kidnaps Delaram before the matrimony and will take her to an unknown place. Captain Houshmand will do everything to rescue Delaram. On his way to Earth, Captain Houshmand finds out he’s lost in ultra-dimensions, and this will lead him to an adventure that he’ll never forget. Just like any sci-fi movie, there are lasers, torpedoes, photon torpedoes, and all kinds of make-believe wars. (book description)

This book is intended to be easy for ages 9 to 99. Although this book is intended mostly for adults, who want to have better health and lose weight, I have included an appendix, especially for very young people up to 20-25 years old. Under parents’ discretion, these very young readers could especially read annex one. This book is comprised of two sections. Section 1 is the main body of the book. It shows you how to diet and exercise. In my opinion, this is the best way possible. Section 2 is called annex chapters. It is used for both reading and reference. (book description)

To know more about Kourosh Naziri and his works, you can grab copies of his books or visit his website today.