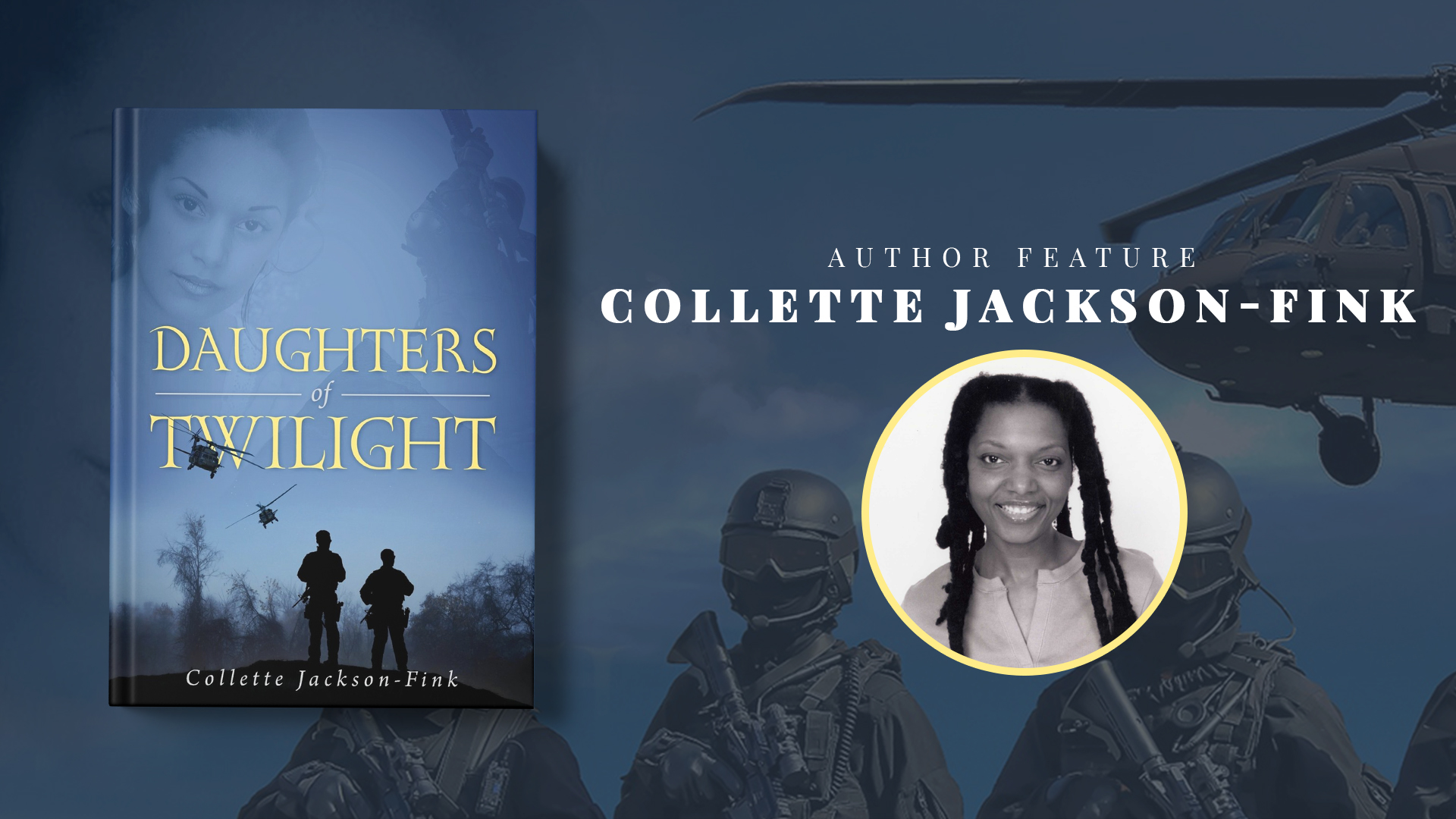 Collette Jackson-Fink is the author of the sci-fi thriller Daughters of Twilight.

The recent years saw a steady rise of sci-fi thrillers. Contemporary sci-fi novels include the self-published The Martian by Andy Weir, Ready Player One by Ernest Cline, The Long Earth by Terry Pratchett. Although most of them are space sci-fi, there are also recent works from the adventure sci-fi subgenres. One of them is the adventure thriller Daughters of Twilight. Daughters of Twilight is written by Collette Jackson-Fink. The book is her first published novel. Let us get to know more about Collette Jackson-Fink and her works.

Daughters of Twilight is Collette Jackson-Fink’s first published novel. It was published in October 2013. This sci-fi story is set in a quiet little town of Waterloo, in Iowa. The town is hit by a strong earthquake that brought up a huge black pyramid above a cornfield in Blackhawk County. Reporters, journalists, scientists, and other interested parties raced to the small town to find out what and where this pyramid came from. The government also sent soldiers to learn more about the giant mass. Although it appears dormant, it is without a doubt that the “black tower” is indeed an ancient archaeological spot. One of the teams sent to check the pyramid is a group of an elite tactical unit headed by Dane Coles. What the team discovers is a group of winged creatures inhabiting the pyramid. One of the ancient angel-like creatures is mesmerizing Asia. However, Dane’s team soon discovers that these creatures are far from what the Holy Bible describes them to be. Asia and her kind are warriors from the ancient world. Unknown to both Dane and Asia, a group of evil men plans to use the pyramid for their own greed. Will Dane and his men neutralize Asia and her kind, or will they take their side and avoid an apocalyptic war.

After four years, Collette Jackson released the sequel of her sci-fi novel Daughters of Twilight. In 2017, Sons of Twilight was published. The story picks up to where book one left off. Here, the romance between elite soldier Dane Coles and the powerful angel and warrior Asia produced twin sons. Banished from the Garden of Eden, they are on the run against human enemies and the Ancient One, a powerful creature. With new characters and old ones, Sons of Twilight is also established as book two of an upcoming trilogy.

If you love the first book, there is no reason you shouldn’t read Collette Jackson-Fink’s Sons of Twilight.

To know more about Collette Jackson-Fink and her body of works, grab copies of her book, or visit her website today!