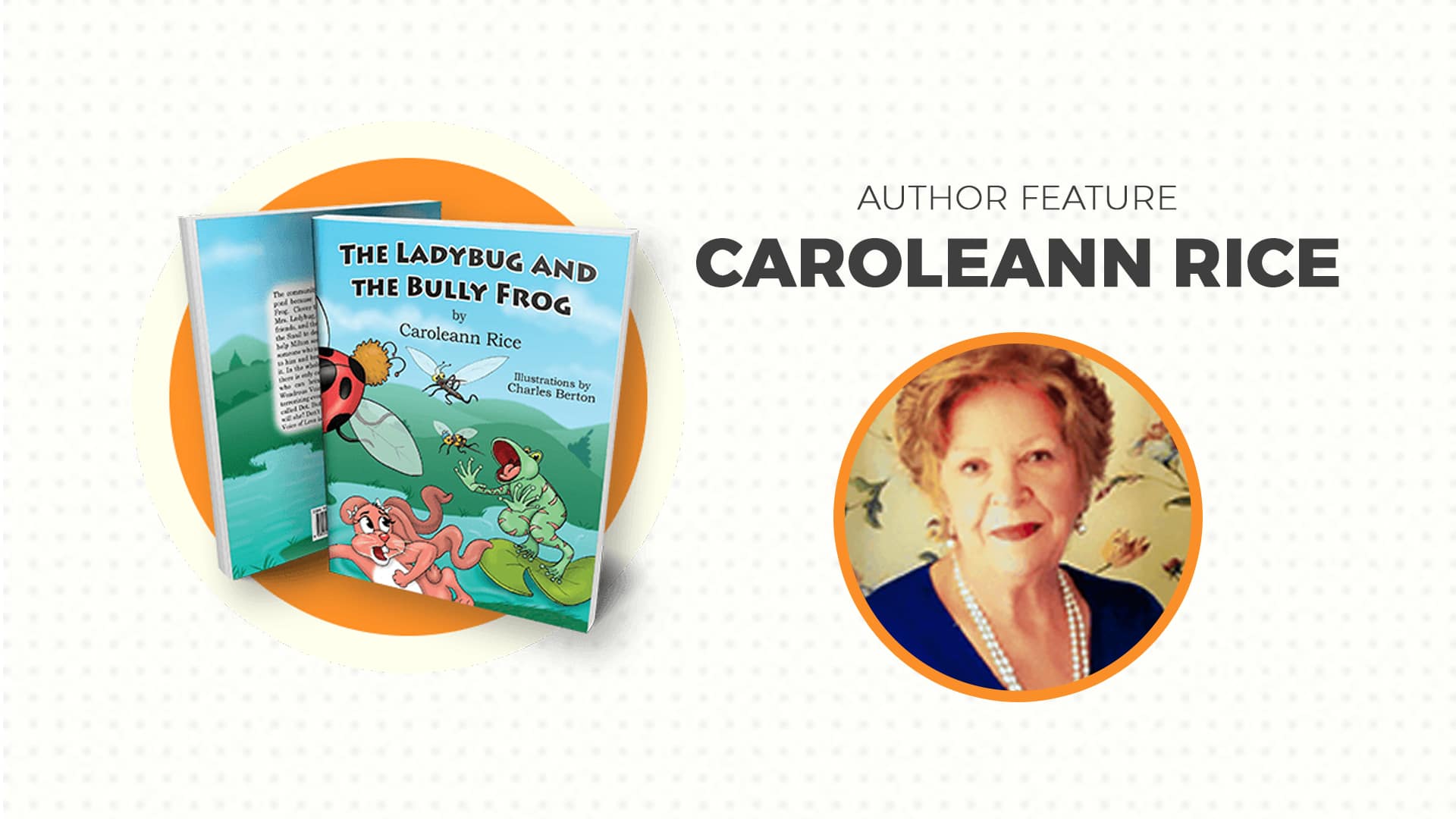 Caroleann Rice is the author of the rising children’s books The Song of Solomon The Snail and The Ladybug and Bully Frog.

Caroleann Rice is an auspicious author of two amazing children’s illustrated books that will not only tell tales but shares lessons that children will bring with them as they grow older. Children’s books these days have become loaded with values and worthwhile lessons that will provide young readers with the needed wisdom and perspective.

Caroleann Rice is a children’s book author, a chaplain, a mother of two, and a grandmother. She has two children, namely Kevin and Colleen, who are both grown. She is a proud grandmother of Colleen’s twins, Madison and Paige. Rice’s life was not easy but this journey has led her to overcome many challenges. At the age of thirty-three, she was widowed and had to raise her children as a single mom. She turned her interest in spending time with her family. Having lost her husband, she decided to change her direction in life that brought new heights and challenges.

As a chaplain, she ministers to a Wednesday night prayer group called “The Women of the Well”. This prayer group has been regularly held at her home for the last 14 years.

Caroleann Rice is passionate about music, traveling, cooking, and recently she found joy in writing children’s books. Currently, she has published two children’s books entitled The Ladybug and The Bully Frog and The Song of Solomon The Snail. Her books were based on her experiences and her friend. The characters of her books were based on Bible characters. Rice enjoys the process of writing-making storybook characters come alive to share the message of overcoming life’s challenges and struggles.

The Song of Solomon The Snail

This is the first children’s book of Caroleann Rice which she published in 2017. The illustrations in the book were drawn by Charles Berton. This children’s book tells the story of a wise snail named Solomon. This snail did not expect that one day he would be wise and all-knowing. Solomon the snail has always been destined to be the wisest among the animals in the area. Just like any snail, Solomon goes ever so slowly as he travels and sings his songs along his slow journey like he often does. One must lean in and listen closely to his songs as these are something one must pay mind to. Solomon the snail carried his house on his back. He would retreat inside to ask his friend for answers to questions regarding his life. This friend of his was the Mighty Wondrous Voice of Love. This friend of his would help him and give him counsel on the decisions he needs to make.

The Ladybug and The Bully Frog

The Ladybug and The Bully Frog by Caroleann Rice is her second children’s book. She published this picture book in 2018. The illustrations found in this book are again drawn by Charles Berton. This children’s book follows the story of a community of animals living in the pond. These animals share the pond and are friends with everybody. One day, the community animals cannot play at the pond due to Milton the Frog, a known bully. The animals think that the only way for Milton to realize that he was mean is to seek wisdom from the wisest of them all, Solomon the Snail. They needed the help of someone who can fly over to Milton to bring him the wisdom of the Mighty Wondrous Voice of Love. And the only one who can do both is Mrs. Ladybug. Clover the Rabbit calls for the help of Mrs. Ladybug also known as Dot by her friends. Dot is one of the animals the community would turn to whenever there is a problem.