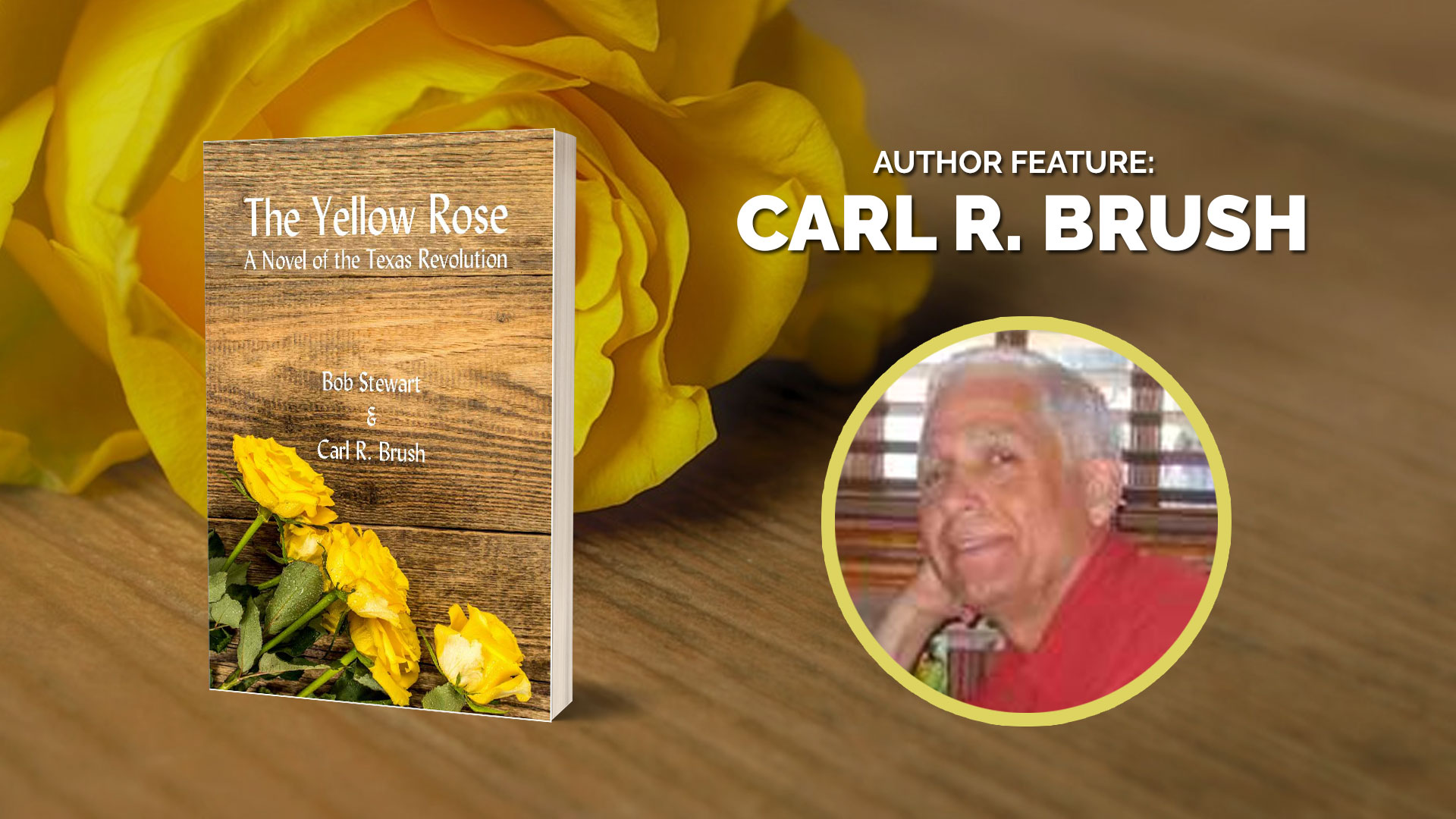 Carl R. Brush is the author of four historical novels, including The Yellow Rose, a novel set during the Mexican Revolution, co-authored with the late Bob Stewart.

Carl R. Brush is a short story writer, poet, and author who grew up in Northern California. He began writing at an early age, and most of his subjects have something to do with his roots and the people. Carl considers himself a history buff and an eclectic leader. In his younger years, he had written flash fiction, short stories, novels, and poetry covering a number of different genres. Eventually, he settled for historical novels. Carl R. Brush currently has four historical thrillers to his name. His books are set in Northern California, covering the year. His fourth novel is a collaborative work with another renowned novelist, Bob Stewart, who died shortly after The Yellow Rose was first published.

When asked in an interview why he chose to write historical thrillers instead of contemporary novels that reflect today’s society and other realities, Carl R. Brush answered,

“…matters of murder and justice are just as “thrilling” in the nineteenth and early twentieth-century America as they are today. But that’s a justification, not an explanation.

I live and breathe and function just fine in the twenty-first century, so why don’t I feel so comfortable about writing there as well? I believe my writing self needs a detachment from contemporary turmoil. It’s more fun for me, for example, to write about people experiencing automobiles as a rather scary novelty than to create a modern car chase.

Furthermore, though I’m in a different time zone, I do explore contemporary issues in my tales. Such “modern” subjects as racism, political corruption, and oppression fit just fine into a setting a hundred years or more in the past. Amazingly, every “modern” conflict you can name was alive and kicking “back then” as well as today. And it thrills me somehow to write about the folks who lived amidst those conflicts that were long ago and far away but, paradoxically, are just as alive here and now. Long answer to a short question, Joyce. I hope your readers stuck with me all the way.”

Set between 1908 and 1910 in San Francisco and the high Sierra, The Maxwell Vendetta is the first of a series. It follows the story of Andy Maxwell, who sets out to solve the mystery surrounding the stabbing death of his younger brother outside a San Francisco bar. He’s certain the murder is part of a vendetta against his family. The Maxwell Vendetta is a narrative that covers history, politics, racism, and a conspiracy that Andy will soon discover.

The Second Vendetta is the sequel of Carl R. Brush’s The Maxwell Vendetta. Andy goes to California to pursue his education and, at the same time, seeks more answers surrounding his family and the murder attempts. The Second Vendetta is a fitting sequel and an equally compelling historical novel.

Bonita is a historical romance thriller that follows the life of a reckless and often victimized woman named Bonita. It covers her journey from a 12-year old privileged girl to a deeply spiritual person who transforms herself from a rebellious adolescent into a prominent entrepreneur.

The Yellow Rose is a historical tale that features the famous Mexican Revolution. Carl R. Brush wrote the novel with Bob Stewart, who died shortly after the book’s first release. The story centers on the fictional affair of Sam Houston and Emily West, two prominent figures of the Mexican Revolution.

Carl R. Brush lives with his wife in Oakland, California. Together, they enjoy the blessings of nearby children and grandchildren. Carl and his wife love to travel and enjoy their grandchildren, especially when not occupied with writing. Brush also loves to play the saxophone with an amateur jazz band.