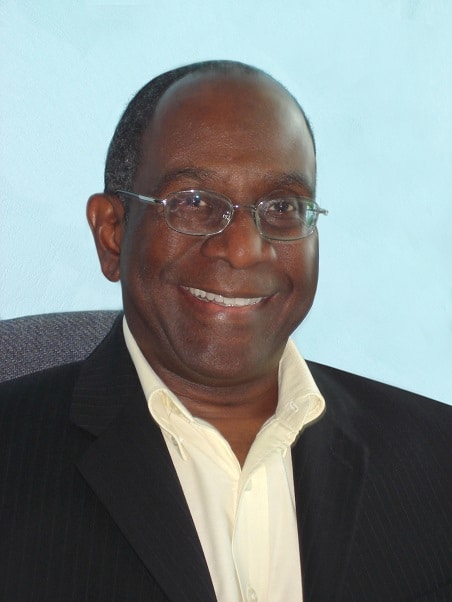 As the subtitle says, the book is intended to foster critical thinking by providing newspaper examples under five sections (social issues, societal concerns, legal affairs, Church matters and miscellaneous) with questions at the end of each article for individual reflection or group discussion.

The discussion could be part of a secondary or tertiary-level English language or literature class dealing with comprehension or literary intent/devices or for communication studies in a Community College class or for ethical discussion/debate in a Religious education class or a Youth Fellowship/Sabbath or Sunday School class. Explore for instance, the pieces on Abortion or on the buggery law, sex scandal and the Church, or on values within the social issues and societal concerns sections.

Students of law and their lecturers will derive intellectual food reading about the views of the renowned Natural Law legal philosopher John Finnis, on homosexuality and by examining my logical analysis of the celebrated Caleb Orozco ruling from the Chief Justice of Belize plus my logical chiding of a suggestion from Jamaica’s current Minister of Justice (2019).

Though the exercise will be uncomfortable for most, while examining the Church matters section, Church leaders should find valuable nuggets from my appeal for critical thinking in church from pulpit and pew alike and are invited to engender discussion about my informed but mischievous thoughts on the Church and culture as well as dealing with the sore and sensitive matter of clergy sexual abuse.

The final section of the book, miscellaneous, provides little known pointers on mastering pronunciation that should prove very helpful to Ministers of government, lecturers, business executives, Preachers and all others involved in public speaking.

I do not ask you, dear Reader, to agree with my ideas, but simply ask that you honestly engage your critical mind with mine and dare to follow where the evidence and argumentation may lead you.

So come, let us reason together!

Clinton Albert Chisholm, a retired Jamaica Baptist Union Pastor, has been married for 43 years to Flora and they have two adult children, Antoinette (Lashley) and Samuel and a grandson, Cameron. Flora is a tenured Professor of Biology at Valencia College in Kissimmee, Florida.

He worked in the Resident Magistrate’s Courts in Montego Bay, Jamaica from 1968 (straight out of high school) and resigned in 1974 as Actg. Deputy Clerk of Courts to study at the Jamaica Theological Seminary (B.Th. honours); via Jamaica School of Music (A.T.C.L  and L.R.S.M. in solo singing performance); University of the West Indies/UTCWI (B.A. theology, upper 2nd honours); Sheffield University, England (M.A. biblical languages); Biola University, USA (M.A. Christian apologetics, with highest honours); The International Academy of Apologetics, Evangelism and Human Rights, France (F.C.A., Fellow in Christian Apologetics, Founder/Director of the Academy, Prof. John Warwick Montgomery said of Chisholm “in the  written exam for the fellowship he got one of the highest marks and gave the best oral [Fellow’s] defence in the history of the Academy”).

Chisholm is regarded as the leading and most qualified Christian Apologist in the Caribbean and was awarded the honourary D.D. by the Caribbean Graduate School of Theology in 2005 for his work in Apologetics.

This is his 4th publication. The earlier ones being A Matter of Principle (1997, 2004), Revelations on Ras Tafari, (2008, 2014) and Youth Discipleship (2016). He was consulting editor for the pioneering 1998 work Chanting Down Babylon: The Rastafari Reader and has produced 24 Christian Education CDs.

He resides in St. Cloud, Florida with his wife, Flora.